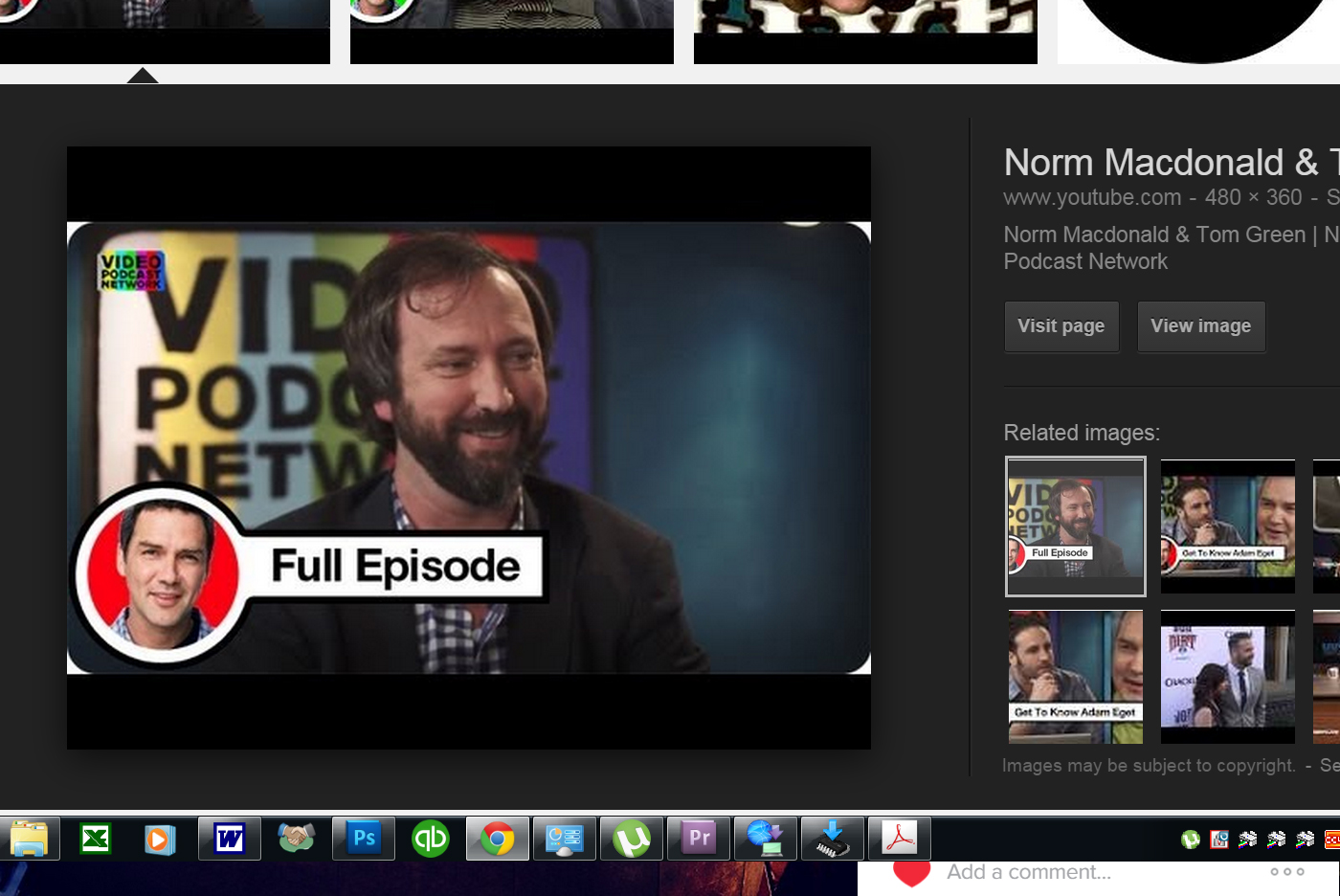 How to Produce Your Own Strip Show

No, not that strip show.  For what we mean, please read Part 1 of the piece here.

You can produce a strip show from a simple room, measuring no more than 10’ by 10’ with at least 8’ of ceiling height. A higher ceiling helps if you want to get the lights really out of the way, and maybe a bit more depth to get a wide shot, but most garages, basements, and bedrooms work just fine.

Use simple “bulldog clips” to hang blankets over all the windows, blocking sunlight and deadening any echoing noises. For power, get about six “4-way” extension cords and run them from separately fused sockets into your space. Use duct tape to hold the wires down and prevent celebrities from tripping and smashing their pretty faces on the floor.

Now, figure out what kind of background you want. You can follow Adam Carolla and Tom Green, by using a large photo backdrop, or you can simply paint the walls flat green. Some multi-camera switchers feature “chromakey” which electronically replaces the green color with any graphic. If not, you can obtain chromakey capability through software or hardware devices. In addition to chromakey, the NewTek TriCaster can also generate a “virtual set” from a library of pre-built, 3-D environments. In essence, you need not rely on a desk and chairs with a print mural in the background to make your set look good. It can, for real, look as elaborate as CNN’s Situation Room. But hey, you will need some situations. 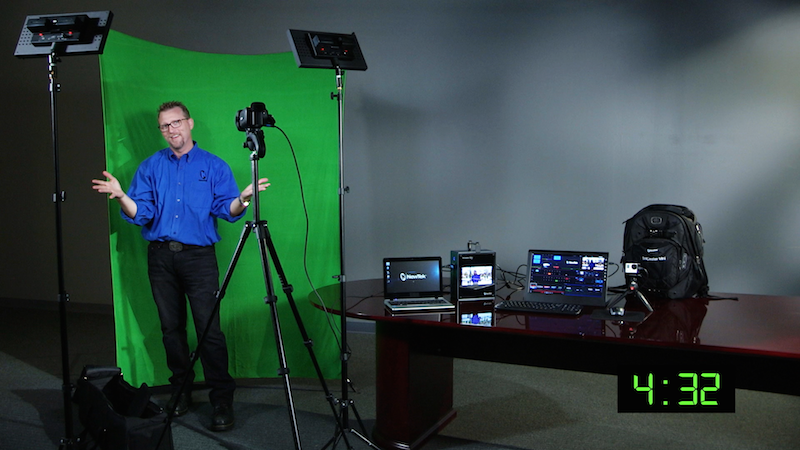 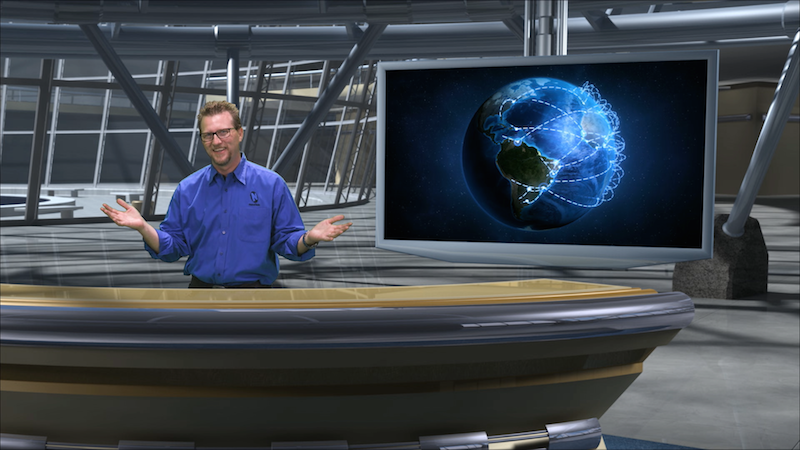 You need not buy expensive cameras and lights for your webcast. Most switchers accept a wide range of video and audio feeds, but make sure to test whether the switcher you will use is capable of inputting the signals from your cameras and blending them all seamlessly. Start out with a few cell phones on selfie sticks wedged between two cinder blocks, if you must. The idea is to get at least two video sources into the a switcher, cut between your sources to create a rhythm that doesn’t bore the audience. Most switchers give you a library of transition effects, and some switchers offer graphic superimpositions with animation effects.

Lights can be fluorescents, incandescents, or LEDs, but each type has various “color temperature,” effects on your talent, so don’t mix different type of lights or you’ll get ugly effects. The lights in the ceiling, are difficult to change, so match the rest of your lights to the type in the ceiling. These “floor lights” should be placed at several points around your performers and out of sight of the cameras.

Check out our other articles by George Avergerakis: 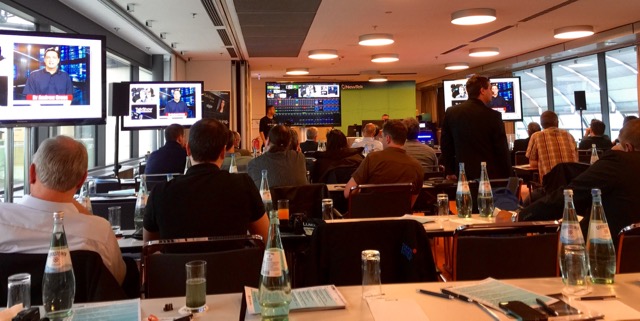 How NewTek Manages International Meetings With Our President 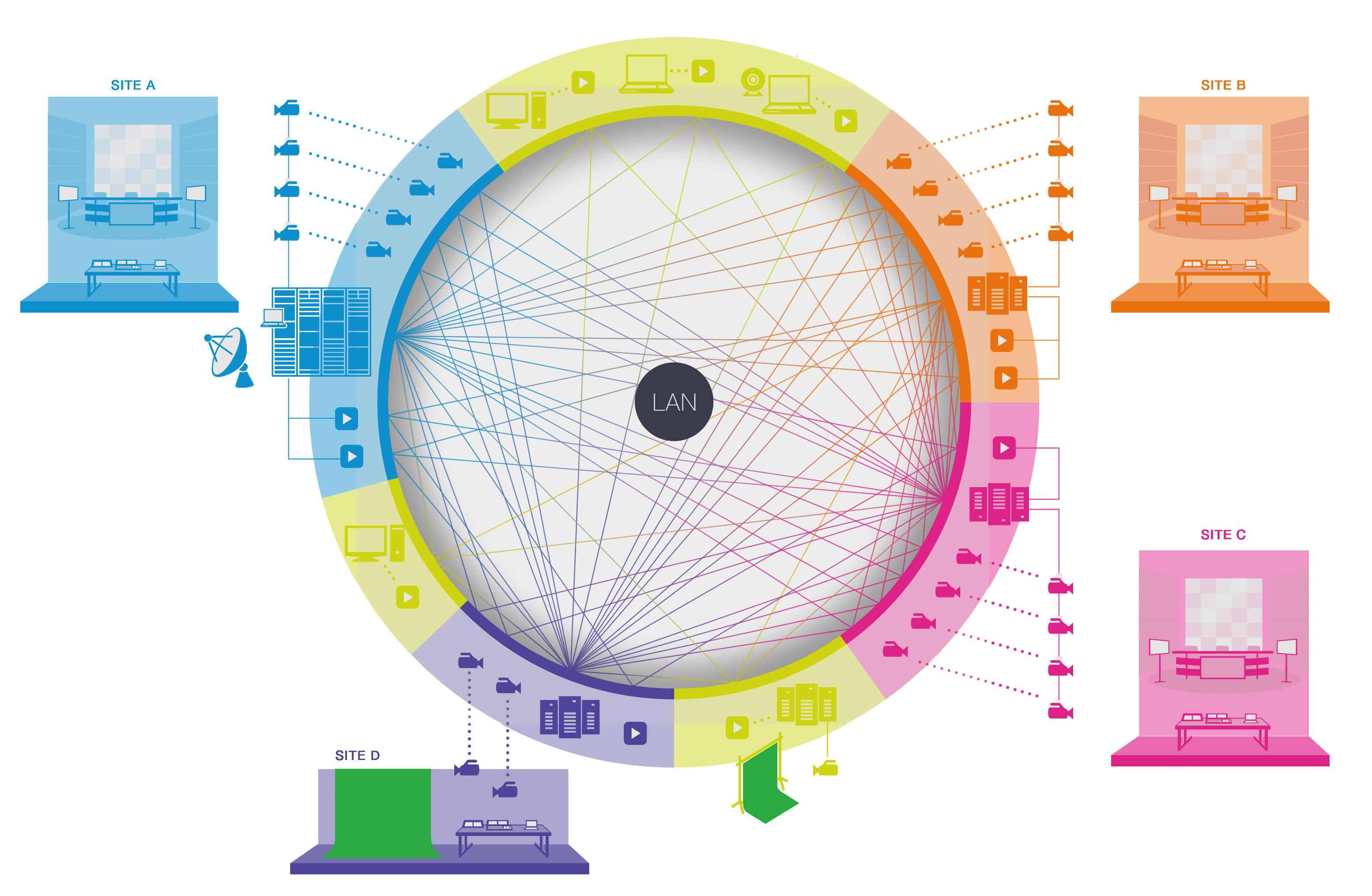 The Changing Face of Video Over IP