For Ronnie and Amy Wright, DittyTV was a matter of destiny. When they married, they embraced a shared entrepreneurial spirit, founding and managing a number of successful technology ventures over the past two decades. Yet music was always just beneath the surface. They’ve each been in bands since they were teenagers. Amy plays the violin, Ronnie mans the drums and guitar, and both sing.

Almost equally important in DittyTV’s DNA is Amy’s hometown: Memphis, Tennessee, a culturally significant locale set on the shores of the Mississippi River. Relatively small in terms of population, it has one of the biggest musical footprints anywhere on the planet and is arguably the birthplace of not only Blues and Rock & Roll, but Rhythm & Blues. Memphis is also the home of Sun Studios, Ardent, and STAX, and Memphis has been called home by B.B. King, Otis Redding, The Bar-Kay’s, Alex Chilton, Al Green, Isaac Hayes, Howlin’ Wolf, Booker T. Jones, Willie Mitchell, Sam and Dave, Rufus Thomas, Justin Timberlake, and, of course, the King, Elvis Presley to name just a few.

Today, DittyTV operates in the heart of the city’s revitalized Historic South Main Arts District. “This city has always been a melting pot,” Amy Wright says. “Mississippi Delta Blues, Americana, Country, Rock n’ Roll – they all contribute to the unique musical makeup of Memphis. A new Blues museum just opened up down the street, and a few blocks away they’re about to open a replica of WHBQ, the radio station that broke Elvis. This is a truly resurgent arts community, and we love being a part of that.”

Like its location, the rock-around-the-clock content broadcast by DittyTV is historically and culturally significant. “It’s like MTV meets Americana, Folk, and Roots music,” says Amy. “We feature great music and music history that encompasses a very broad definition of what we call Americana, which gives us a lot of leeway for our content.”

The variety of content the Wrights sought to provide meant finding the right technology – specifically, a system that could provide top-flight content without breaking the bank. Initially, this proved challenging. DittyTV has 12 different programs, including shows focusing on Roots rock/singer/songwriters, Folk music, and Bluegrass music, among others. The programs usually consist of interviews and performances, but also music history.

“We tried all sorts of variations,” Amy says. “Switchers, overlays, encoders. We had a pretty tight budget. There are a lot of great products for a TV station out there if you can spend millions of dollars.” 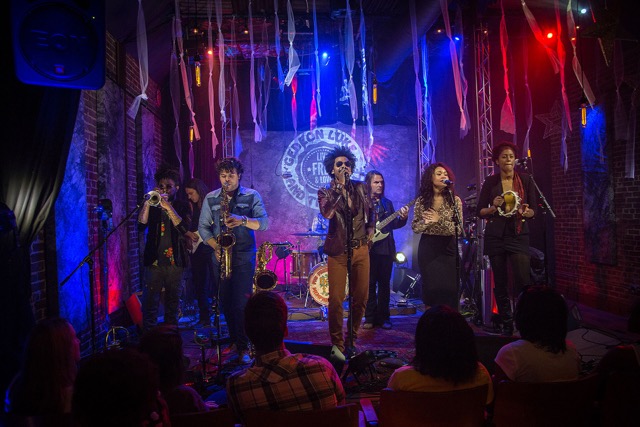 Leaning on Ronnie’s computer science and electrical engineering acumens, the Wrights set out to create a production facility designed and integrated for maximum efficiency and cost effectiveness that could be operated with minimum personnel.

They also wanted a system that ensured minimal post-production work. Ronnie once owned a traditional multi-track music recording studio and said the constant mixing and re-mastering eventually wore him out. He wanted to make sure his next venture was centered around a live performance element.

A Workflow that Delivers

To assemble a workflow that would provide DittyTV with an optimal system, the Wrights employed a number of technologies tailored to their needs. To capture high-quality video in the field, they use Sony and Canon camcorders with Atomos Ninja Blade recorders. Their proprietary studio infrastructure enables up to 10 HD cameras to be controlled via custom hardware-software integration. The studio includes a state of the art, highly flexible multi-track audio system, which includes 24-track recording and a 10 Que monitoring system. Front-of-house (FOH) and live real-time broadcast is mixed and routed using PreSonus Digital mixers. Ditty’s stage projection system uses a variety of BenQ HD Projectors and LED lighting is controlled with Apple iPads using SythneFX Luminair 3 software. Samsung and Sony video monitors are used throughout their facility. 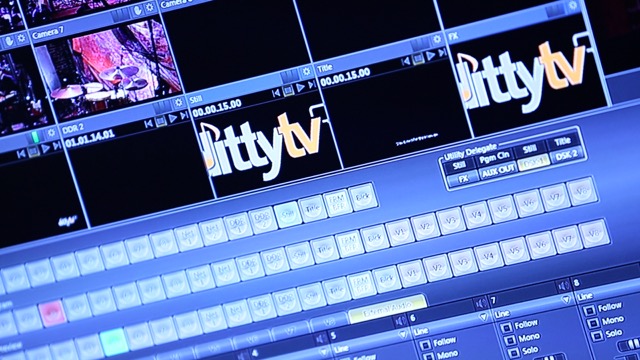 For the pièce de résistance, DittyTV chose the TriCaster, an industry leading compact multi-media studio from NewTek. It was developed with an emphasis on ease-of-use and simplicity in order to give a single operator creative control over every aspect of the live show, including video and audio sources, virtual mix/effects channels, graphics, keys, digital and media players, multiviewer monitoring, virtual set capability, and more. They also conduct artist interviews on the NewTek TalkShow VS-100, the video calling production system designed for television studios and live event producers using Skype. TalkShow allows the Wrights to initiate calls from any video-enabled device running Skype software. They can also operate all aspects of the video call in their control room, free of notifications or advertisements.

The Wrights quickly saw tangible benefits from their new system, as each aspect of their workflow came together to form a greater whole.

“What we’ve built is an incredibly flexible and scalable real-time solution,” Ronnie Wright says. “The entire studio production facility, which includes complete digital audio, multi-HD live camera production along with a completely wireless digital lighting control platform, allows our award-winning live productions to be produced with as little as two staff members, or as many as 10 or more.”

The NewTek TriCaster and TalkShow allow Ditty to go live at any time, both in the studio or from anywhere around the globe.

“We’ve set up a remote rig as well,” Amy Wright says. “And we use the TalkShow like a tele-video conference call. It’s an extremely economic way to interview people anywhere in the world, in real-time, and broadcast it live. We’re able to display the interview while we’re talking to our guests, whether they’re in the U.S., Australia, or Europe. It has really broadened our horizons and our ability to create compelling and up to the minute content.” 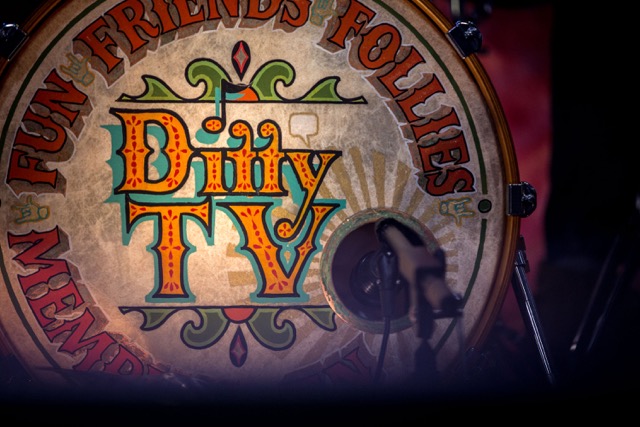 The solution has also mitigated time-consuming backend audio and video editing, something Ronnie experienced a lot of during his time as a music studio owner.

“One of the things I love most about Ditty is that we’re barely doing any rendering or post work,” he says. “We shoot videos in-house and mix audio in real time. The cameras, lighting, and sound equipment we use gives everything a professional, industry standard look and feel. We switch it live with the TriCaster and do the encoding and transcoding with basically no post production.”

Looking to the Future

Even though the focus is unmistakably Americana and Roots music, DittyTV has already achieved a global reach. The U.S. accounts for 80 percent of Ditty’s half million viewers per month (and growing), with the other 20 percent coming from abroad. The Wrights believe their content appeals to a wide age-range. “Both here and abroad, there’s a groundswell of young people who are passionate about this kind of music,” Amy says. “We know that with the right content, we can tap into a large audience base. In fact, we’ve had touring artists from around the world play live in our studios, 6 of the 7 continents in fact (watch out Antarctica)!” 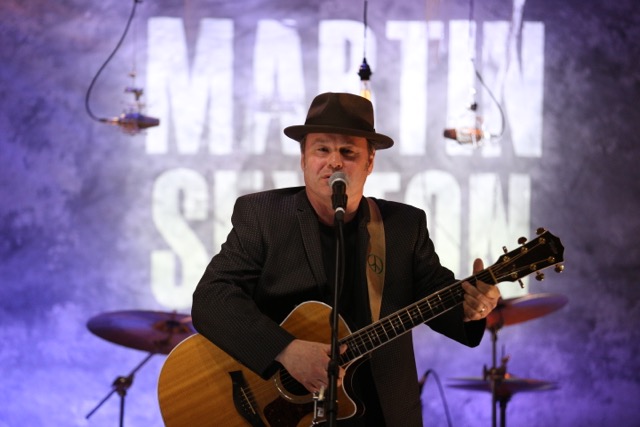 Amy and Ronnie Wright know that an increasing number of people are getting their TV content via the web or a satellite link. For that reason, they felt it made sense to position Ditty to be accessed through the Internet. They have also been gaining a more prominent foothold in traditional broadcast streams. Ditty TV’s development team’s initiative to achieve a true device agnostic network that runs and is available on all devices has been a key to the network’s rapid success. DittyTV is now available on all Tivo devices, most smart TV’s made by Sony, LG, and Samsung, and is a featured Music channel on Roku, the most popular TV streaming service on the market. DittyTV is also available of course on all mobile devices and GoogleTV.

“Right now there are about 280 different devices that have Ditty built into the firmware,” Amy Wright says. “But we’re always looking to the future. We’d love to work with music festivals, and we love to travel - so doing streams from remote locations is another goal for us. It’s a really exciting time.” 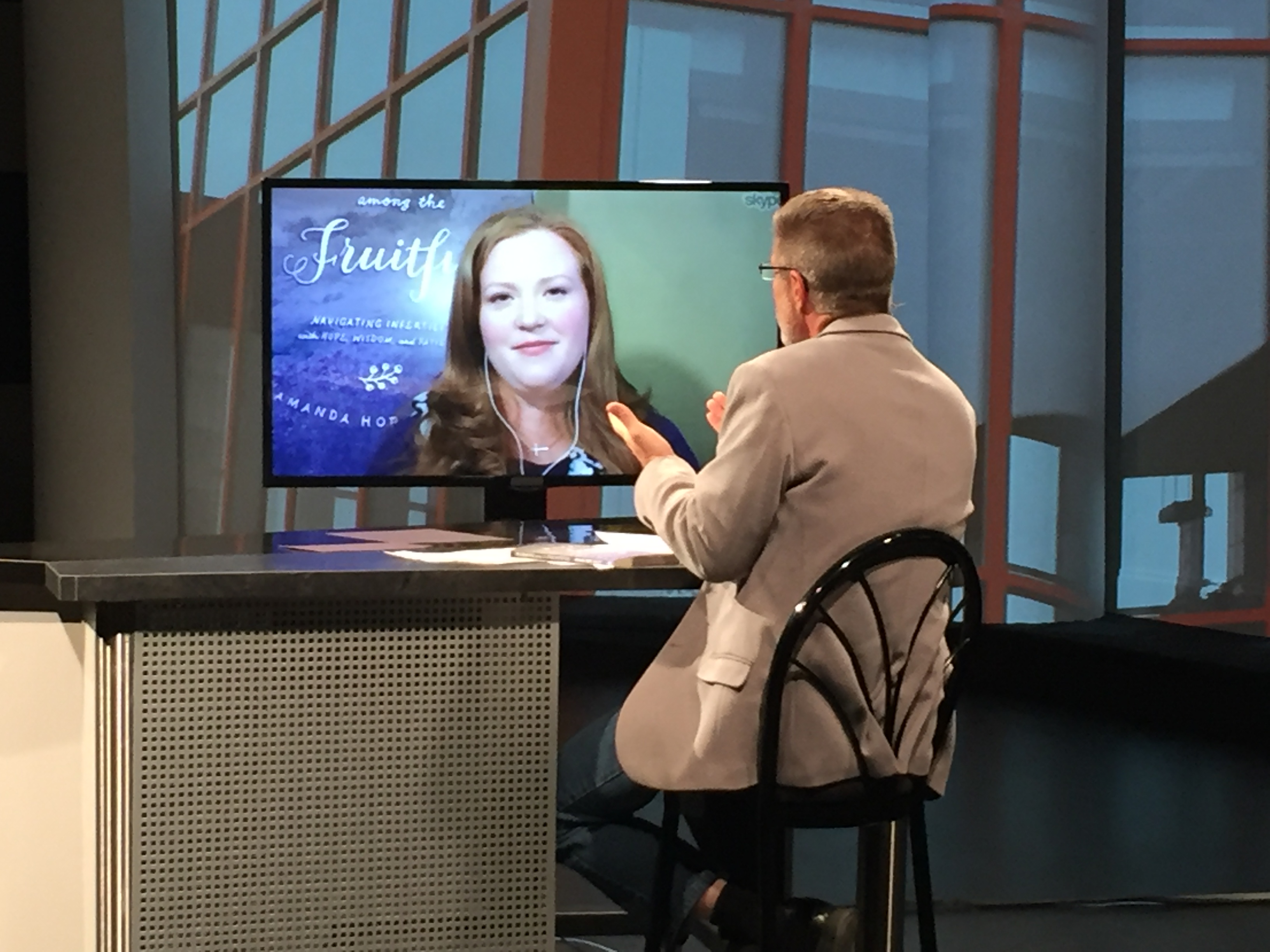 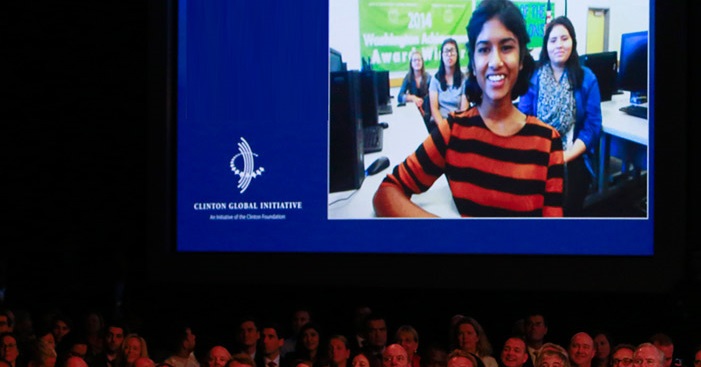