North Penn is a K-12 school district in suburban Philadelphia, Pennsylvania that operates its very own cable TV station. In conjunction with the alumni association, the district extended its programming in the Spring of 2014 to connect with alumni who have gone on to pursue careers all over the country and around the world.

“We’ve developed a TV program that connects notable alumni who have gone out into the world, and we interview them. We incorporate each interview into a TV program that’s featured on a monthly basis, to show folks where people go after school,” said Doerr.

The TV station was formed in 1994 by Bob Gillmer, coordinator of communications media, who has run the program ever since. At the time, the station consisted of two cameras and just a couple TV shows. Today it can claim the same level of professional TV production facility as the local Philadelphia news station. 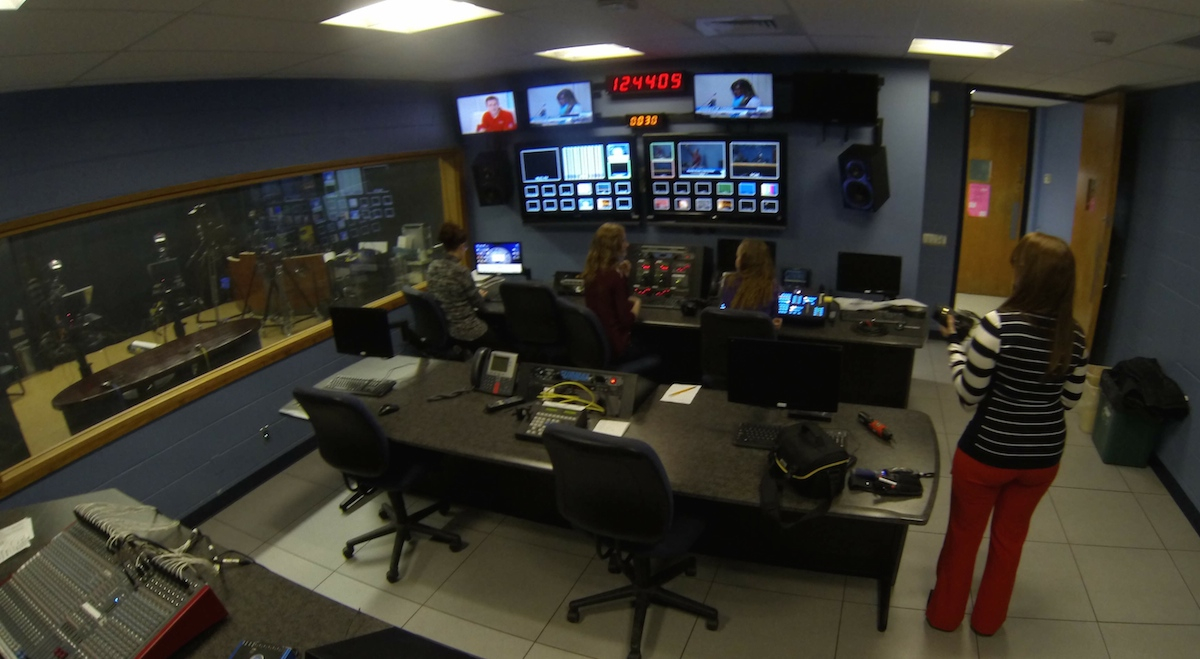 When the district first started this program, one of the concerns was the logistics of connecting with remote people who aren’t able to come onsite for an interview.

“It was difficult to do, and we’re not the type of organization that can buy satellite time. We started looking into online options, like Google hangout, video conference, phone calls, Skype,” said Doerr.

The process of taking those different ways of connecting with the guests, then processing the interview footage and putting it on television tended to involve a lot of work—mainly in post-production.

“We started doing a Skype call on a desktop, recorded it, edited that into a TV production, then matched it with an anchor we recorded at a separate time. It was really cumbersome and time-consuming,” said Doerr.

After attempting to piece together a lot of moving parts, Doerr discovered that he could incorporate NewTek TalkShow with Skype TX into his existing studio. The device’s online conferencing video format was familiar to Doerr and members of his crew, who were used to using Skype.

TalkShow integrates with their production workflow creating an environment similar to a professional television studio. The station is able to do live or live-to-tape interviews with anyone in the world who has Internet access. 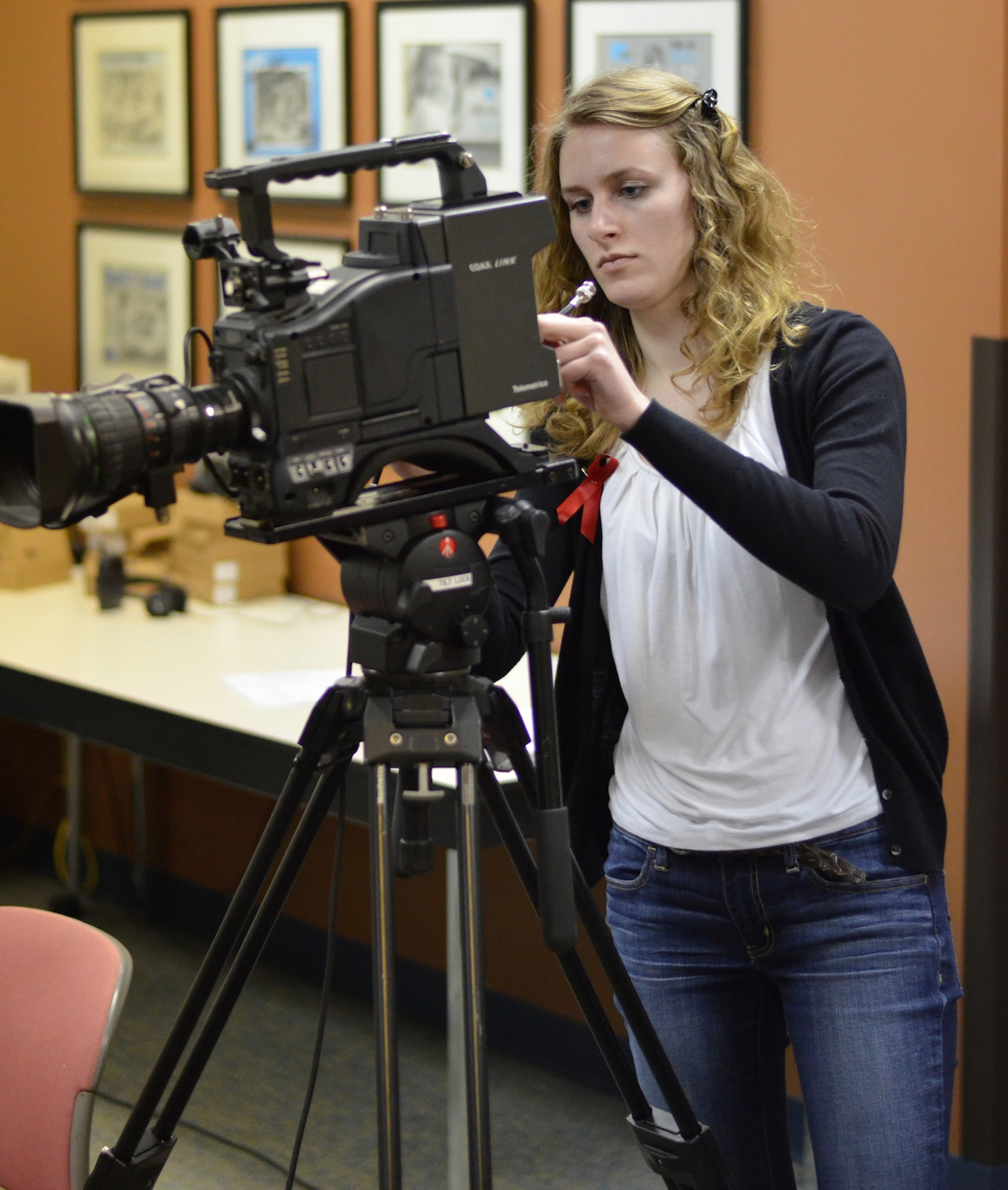 The station has a very education-centric program, with students always having a part in producing content. That being said, when it comes to setting up the alumni show, Gillmer is still the one who coordinates with prospective guests. Since he has run the station for two decades, Gillmer has built relationships with many of his former students, making guest booking fairly simple.

Once a guest is booked, there is no singular way the show is produced. A lot of the steps depend on students’ workloads and timing. Sometimes Gillmer will write interview questions, and sometimes students will develop the questions on a career study basis. After working together to finalize the script, a time is set for the video interview. Upon filming, Doerr makes the call via TalkShow, and they get the remote guest up on the screen and run an audio check. The host does a quick, soft-formatted Q&A with the intention of doing the majority of editing in post-production.

The show is edited in post-production in Final Cut. That’s where the students will import titles or graphics, cut out mistakes to make it a polished, professional-looking show before it goes to air.

Looking Forward to the Association’s Growth

With this new system, interviewees can see what’s happening on the production side and feel like they’re live on the television show.

“It’s more professional and looks better than doing a Skype interview at my desk,” said Doerr. “They feel like they’re on TV rather than just doing a video call with someone.”

Although the show is still in its infancy, Doerr has gotten positive feedback from people in the community, who watch both on cable and online. People enjoy seeing someone who graduated from their school who can share their success stories about life after North Penn.

The beauty of the Internet is that the alumni association is virtually limitless in who they can bring on camera for an interview—even if they work for NASA in Washington D.C. or a major media outlet in another city.

“We’re able to reach a larger amount of alumni as far as making a show, which translates into engaging a lot more of our audience because we capture a more diverse group of alumni, instead of being limited to who we can bring into our studio,” said Doerr. “It makes the show more interesting and it makes folks more interested in watching it.” 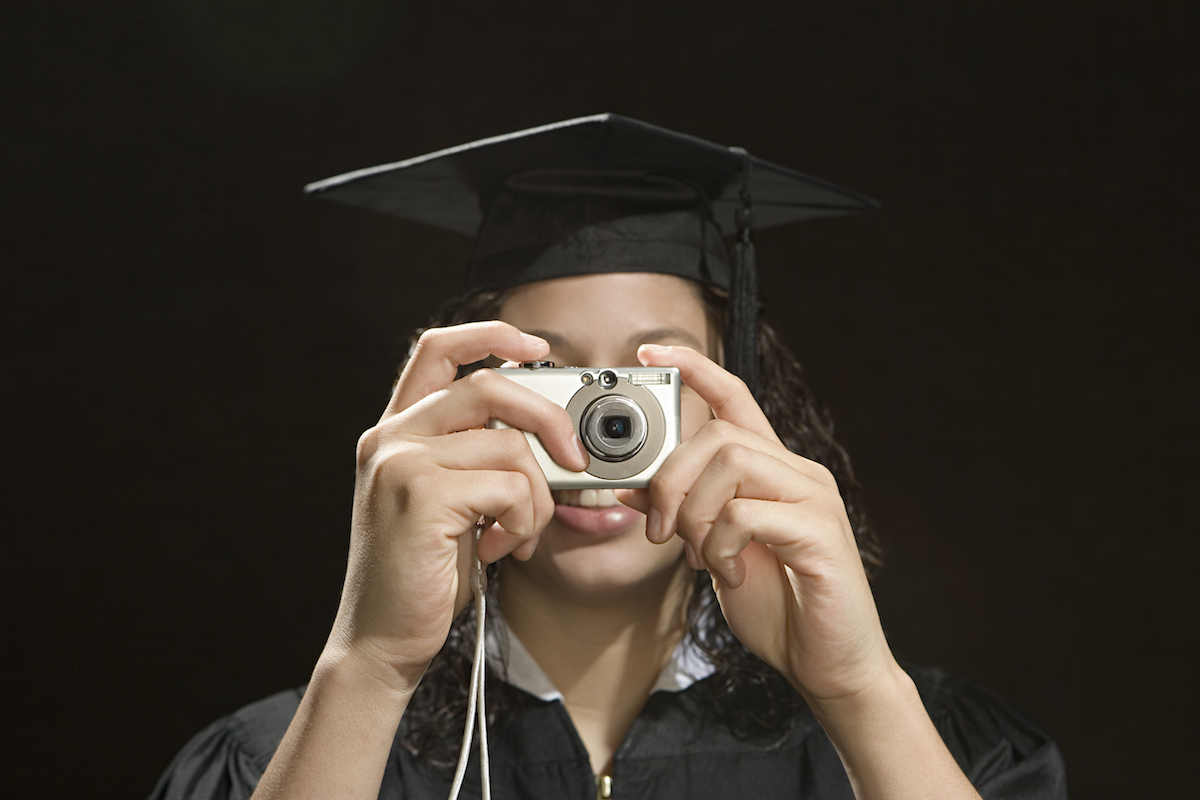 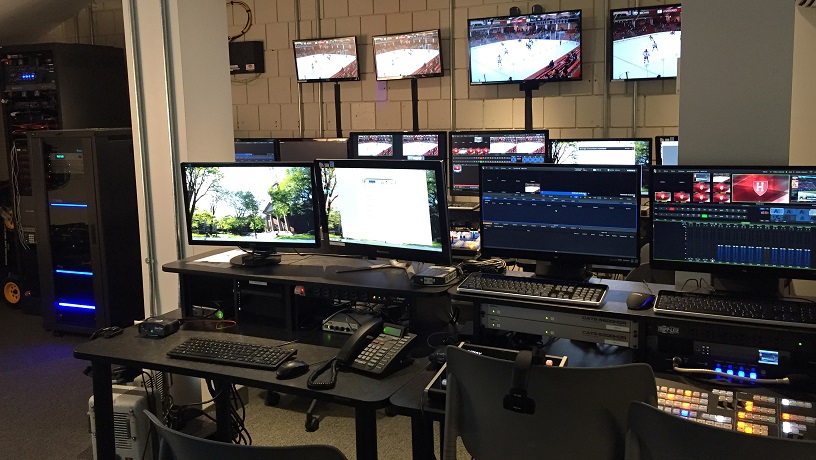