The NewTek team came to Amsterdam for IBC 2016  to show the Future Of Broadcasting, and by all accounts, delivered. On display were: 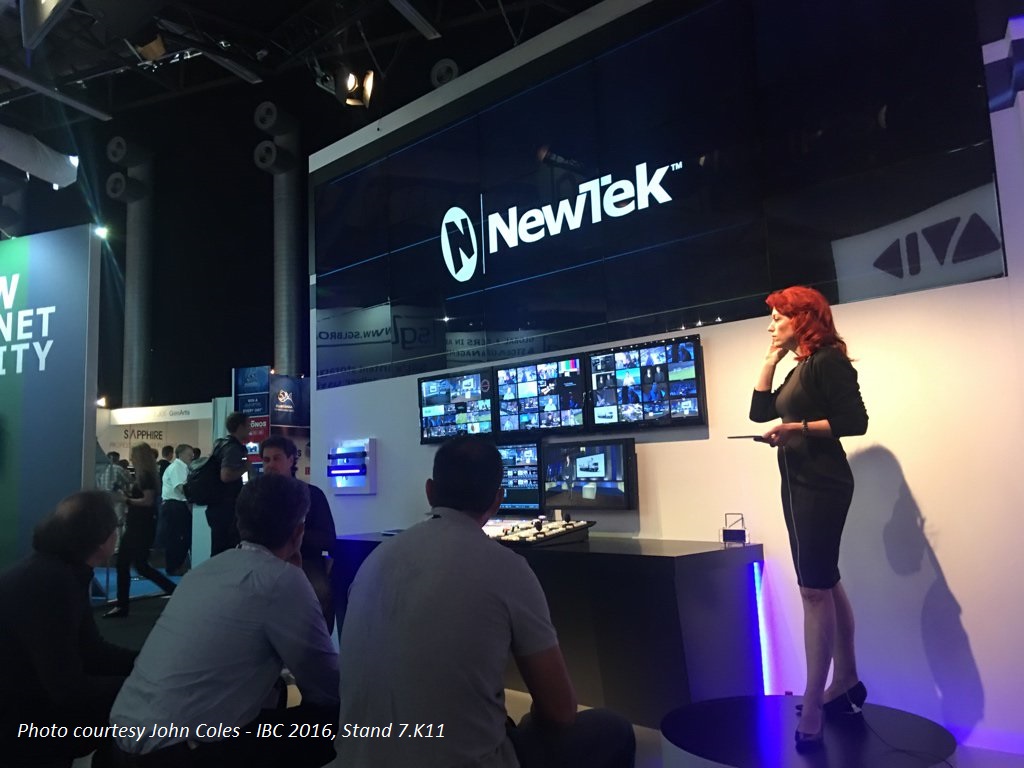 Stand 7.K11 was abuzz with crowds to see all of the new products in action, and NDI made it possible to demo live connections to the content and production facilities between our stand and over a dozen partners on the show floor.  We previewed the IP Series for the world from the stand: Facebook Live with Don Ballance.

If that weren’t enough, our friends at NewBay Media launched NDIcentral, a news portal dedicated to IP video production news that can be found on TV Technology and Creative Planet websites.  NewBay also issued a media release about NDIcentral.

The capstone to the week is that the NewTek IP Series was selected by RedShark News as Most Innovative Product for IBC 2016. 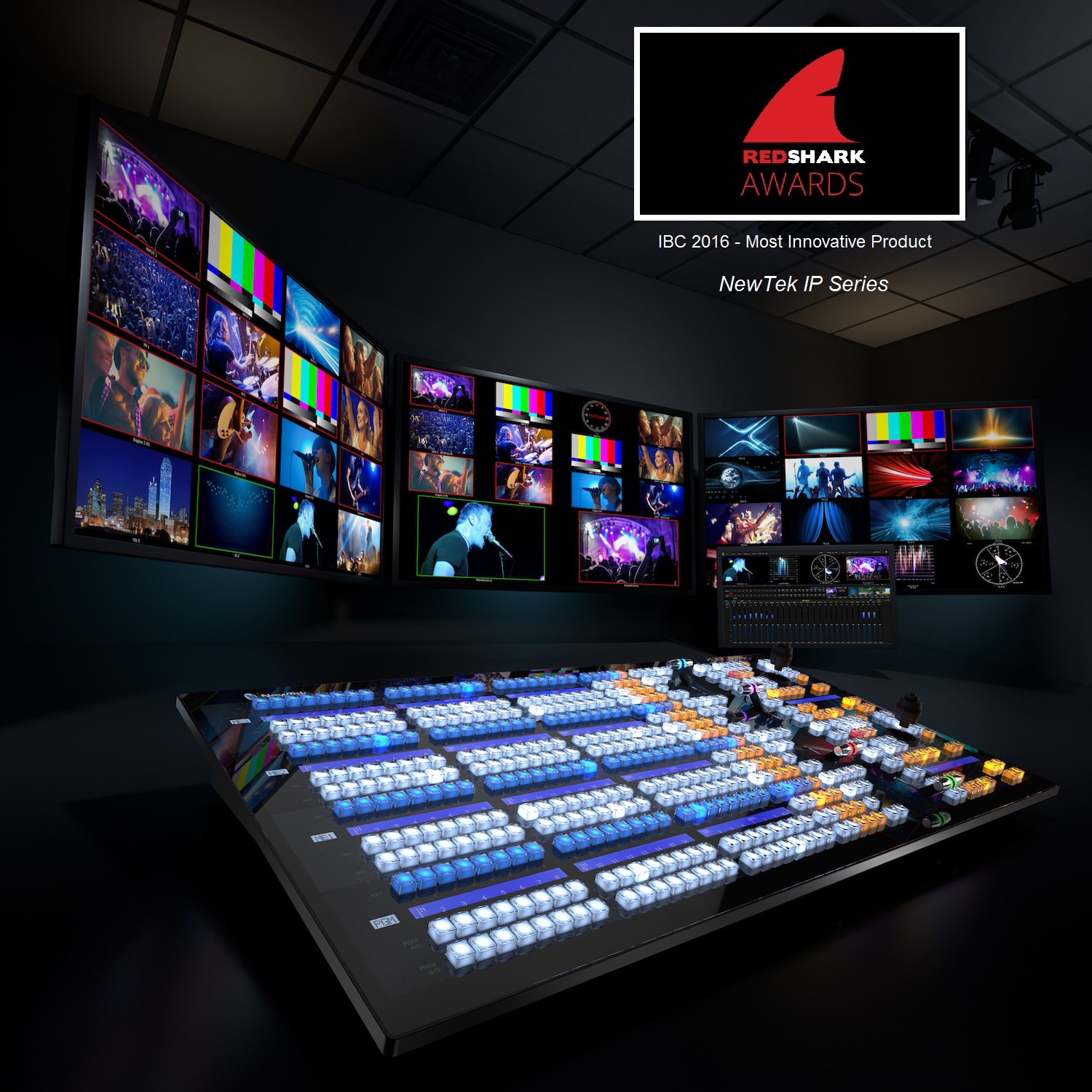 On the heels of the IP series announcement **the week before the show, we also issued press releases about **NDI version 2, the MediaDS product vis-a-vis our collaboration with Wowza, and Epic Games adopting NDI. Also at IBC, more than a dozen companies joined the ranks of the NewTek Developer Network by announcing support for NDI including: 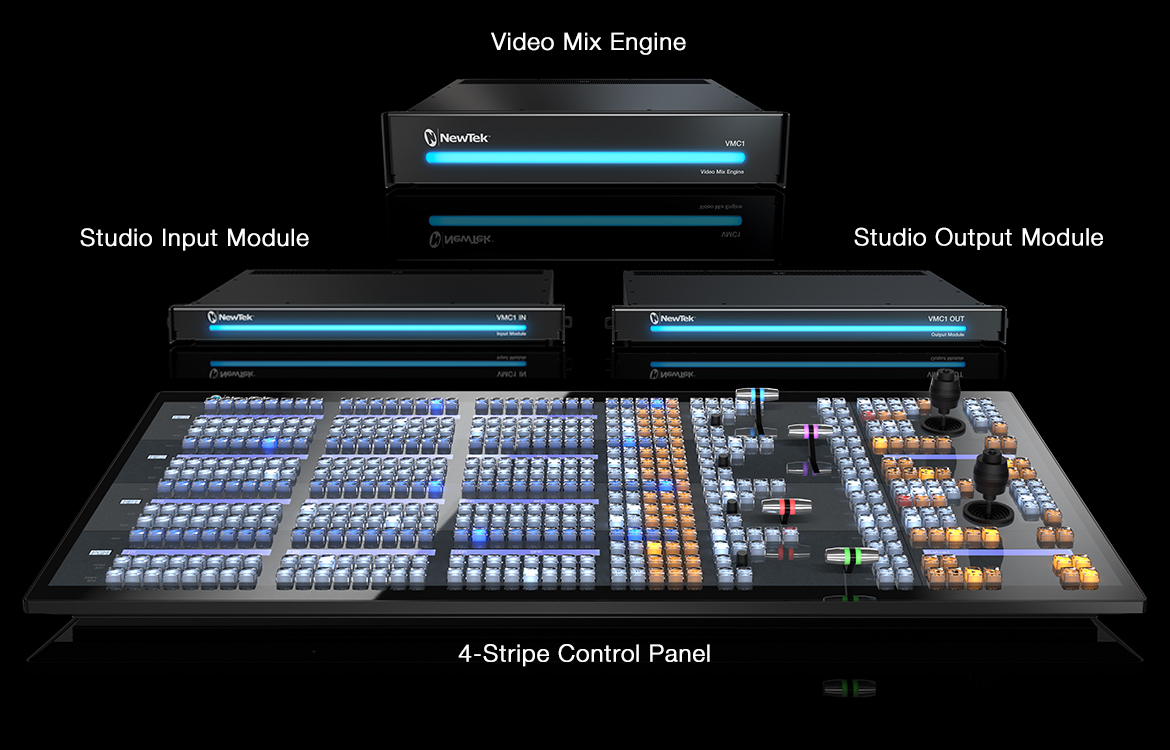 IP Series is A Huge Step Towards the IP Future

“NewTek’s IP series has simply fallen out of the future. In our opinion, it’s five years ahead of anything else. And, in this age of exponential change, that means that it seems decades ahead.” 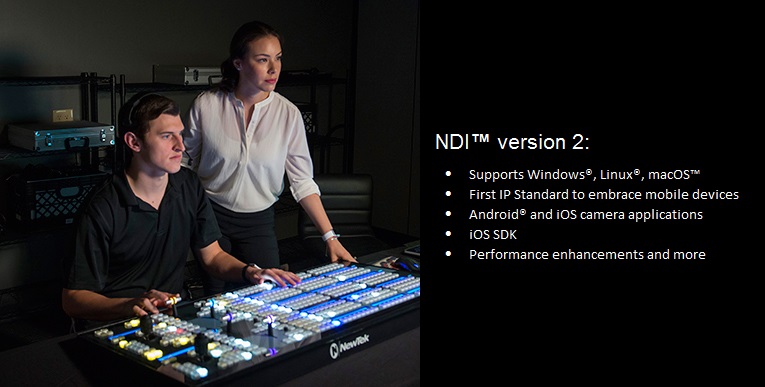 “If there was any doubt that IP was going to be one of the major themes of the upcoming IBC, NewTek’s announcement of the mobile-friendly NDI version 2 should lay that to rest.”

Autocue and NewTek: Teleprompting Over IP At IBC 2016

NewTek has opened a new section of its software store as a one-stop shop for NDI-enabled, IP-workflow-ready software from any manufacturer.  The first two products available from other vendors are Autocue QStart Teleprompting Software and NewBlue Titler Live Broadcast.  NewTek’s NDI applications will also be available in the eStore.

To go to the new one-stop shop for NDI-enabled software products from any developer: The NewTek NDI eStore

The NewTek IP Series represents the largest change to switcher technology in more than thirty years, and extends NewTek’s line of production tools to top-of-the-line production facilities with a workflow that both preserves their investment while advancing their capabilities to an unprecedented flexibility and scalability.  MediaDS bridges the gap from production to distribution in an entirely new way, again creating new ways for today’s productions at any level to reach local audiences or leap beyond to unlimited audiences on a global scale.  NDI version 2 extends network transport of video across all computer and mobile device platforms, with increased performance at any definition; on an Intel® i7 CPU, NDI delivers the highest quality and best performance in any IP standard and will encode 1080p at 2200 frames per second (fps), 4k at 780fps, and 8k at 210fps.

In sum, NewTek brought industry-changing technology to IBC 2016, and the result will change the future for producers at all levels, for other industry participants and perhaps most of all for NewTek itself, as its innovations change its position and relationships within the world of media production. 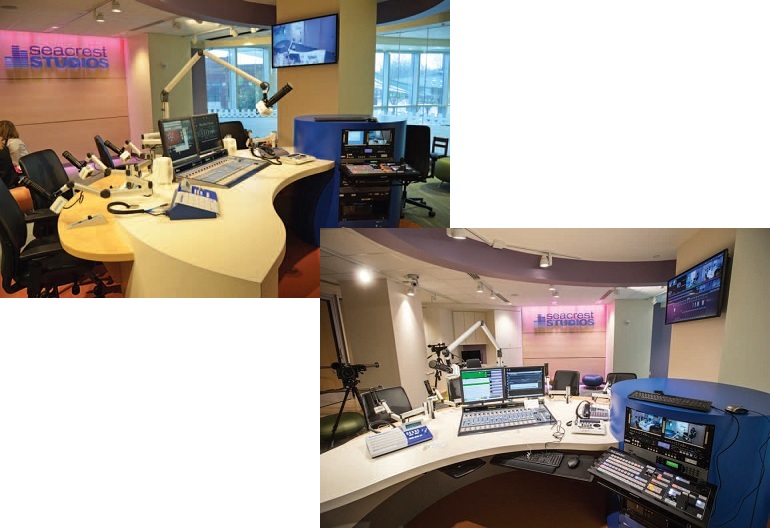 Video Production Over IP for Everyone