Covering an event like the Democratic National Convention is no small feat even for major broadcast news networks, let alone a nonprofit online news network with a small staff and limited budget.

But with some advanced planning and thinking on their feet, the staff at The Real News Network (TRNN) were able to provide its viewers with exclusive interviews and insights from the convention July 25 to 28 at the Wells Fargo Center in Philadelphia.

Still in start-up phase, TRNN was founded eight years ago as a viewer-supported network that does not accept advertising, government and corporate funding. Since 2007, it has produced more than 7,000 stories that have been viewed more than 100 million times via its website, YouTube channel and Facebook page.

Being an independent news network, there were a lot of unknowns prior to the convention, according to Chris DeMillo, Studio Manager at TRNN.

“We didn’t know if we were even going to have the press passes and credentials in order to go inside,” DeMillo said.

Luckily enough, they did receive credentials and were given a small space in the media pavilion to use as they’d like. DeMillo says many other small news outlets used the spaces they were given as offices, but he and TRNN CEO and Senior Editor, Paul Jay, had another idea. They chose to create a full studio where they could host professional live and recorded interviews with multiple guests.

Setting Up a Temporary Studio

Prior to leaving for the DNC, DeMillo had some idea of what equipment they would need in order to create an impromptu studio, if they were given the opportunity to do so.

Once they arrived and found out that they had space to work with, DeMillo and five studio technicians built their small studio around the NewTek TriCaster Mini and several Mac mini computers.

With four inputs, the TriCaster supported two Sony PMW-300 cameras on one input, an HDMI external switcher connected two inputs to field cameras, while the fourth input was used with an external switcher to switch between the Mac mini units that streamed TV feeds from C-SPAN. They used Teradek Bonds and Cubes to encode and decode live footage and MD-HX decimators HDMI/SDI cross convertors.

“We essentially turned a four-input machine into eight inputs, which was exactly what we needed,” DeMillo said.

They used Kino Flo Diva lighting, Cool-Lux LED lighting and two Lastolite, three-panel collapsible green screens, which allowed them to create a professional appearance and backdrop behind the host and guests. They used an image of the convention floor as the backdrop behind guests making it appear as though they were sitting directly above it, rather than in the media pavilion.

“The green screens were really a last minute idea and I’m so glad we had them and were able to use them,” DeMillo said.

With so much activity happening around them, it was important that TRNN set themselves apart from the competing news networks they were surrounded by in the media pavilion.

“I noticed that no one was really doing anything quite like us,” DeMillo said. “We actually turned our little area into a full blown studio.”

DeMillo says their studio helped them get exclusive interviews with many activists and supporters who denounced the DNC for allegedly barring former Ohio State Senator Nina Turner from speaking at the convention and showing her support for Bernie Sanders.

Many other news outlets also noticed their set up and stopped by their studio, including former Fox News CEO Roger Ailes.

In addition to the studio, TRNN had several roving reporters streaming live from the convention floor and surrounding areas using their iPhones. During day two of the convention, one of their live Facebook videos received more than 36,000 views.

“Anytime we go live, viewership just explodes,” DeMillo said. “We’re reaching an all-time high in terms of viewership but still working with our social media team to determine what should go live and when.”

Prior to covering the DNC, TRNN reporters were at the Republican National Convention July 18 to 21 mainly covering the protests outside using their iPhones and streaming video back to their Baltimore studio. From there, TRNN staff use a NewTek TriCaster 8000 with Advanced Edition software to broadcast live to Facebook, post to YouTube and their website.

They also covered the Green Party convention using iPhones and after covering all three, DeMillo said he realized that cell phones sometimes provide a better signal and feed than the Teradek, but that images can be shaky. To solve the problem, he ordered 3-axis stabilizers.

“It’s a nice backup to have,” DeMillo said. “The stabilizers should help us get smooth, balanced shots with a cell phone so viewers hopefully can’t even tell it’s a phone.”

DeMillo is also looking toward the near future and planning to incorporate Network Device Interface (NDI) technology into their productions to expand their capabilities even further. He says this technology will soon enable them to stream their TriCaster Mini feed from anywhere as an input back to the TriCaster 8000 in their Baltimore studio. It will also allow them to use their Baltimore studio in new ways by using a TriCaster 410 combined with the 8000 to allow interviews from multiple spaces.

“If you look at our coverage of the DNC and New Hampshire at the Primaries, we’ve basically raised the bar 100 times higher over last year,” DeMillo said. “It’s really a live-and-learn situation with the equipment we have and what we can do with a tight budget. With NDI it’s just going to get better and better.” 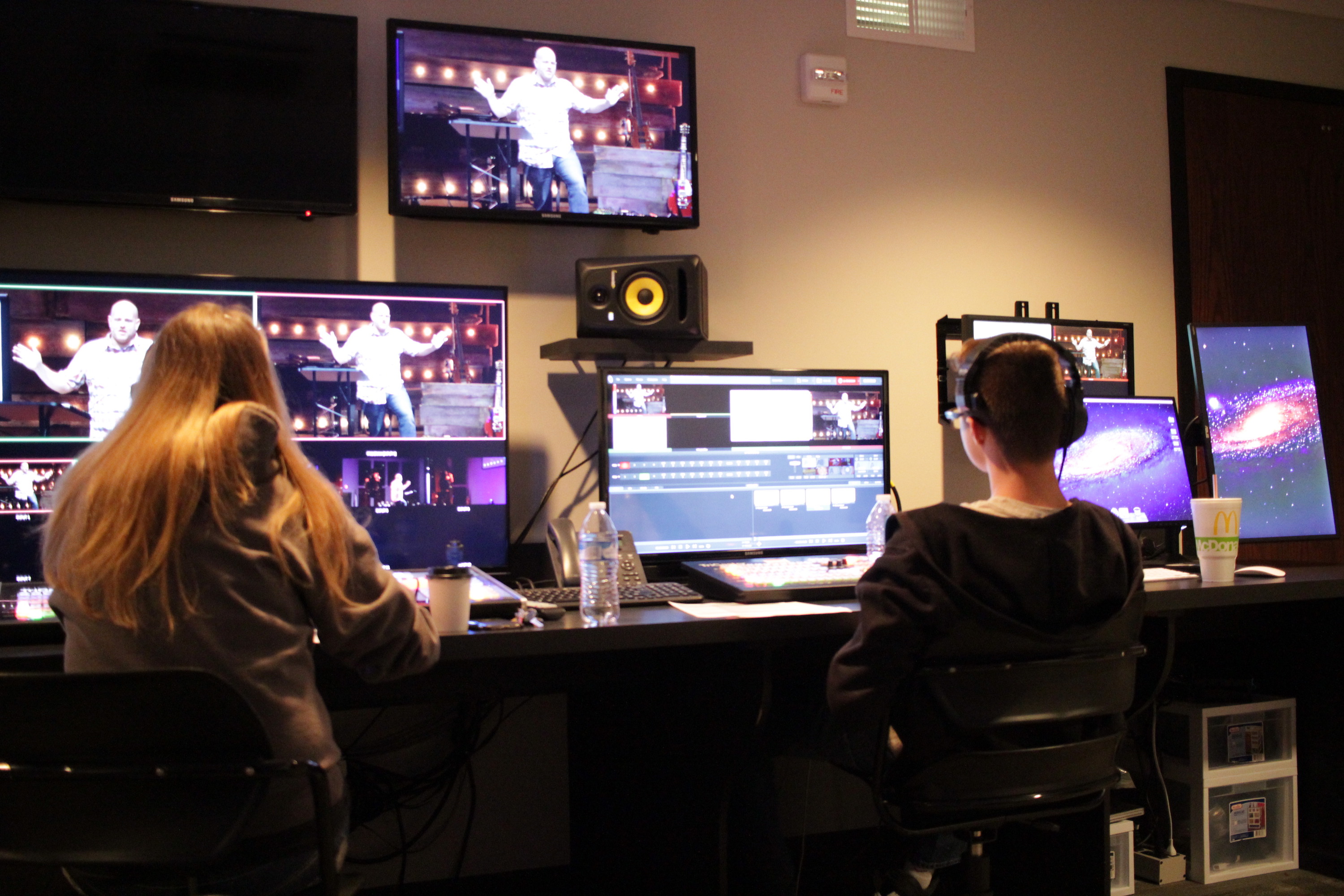 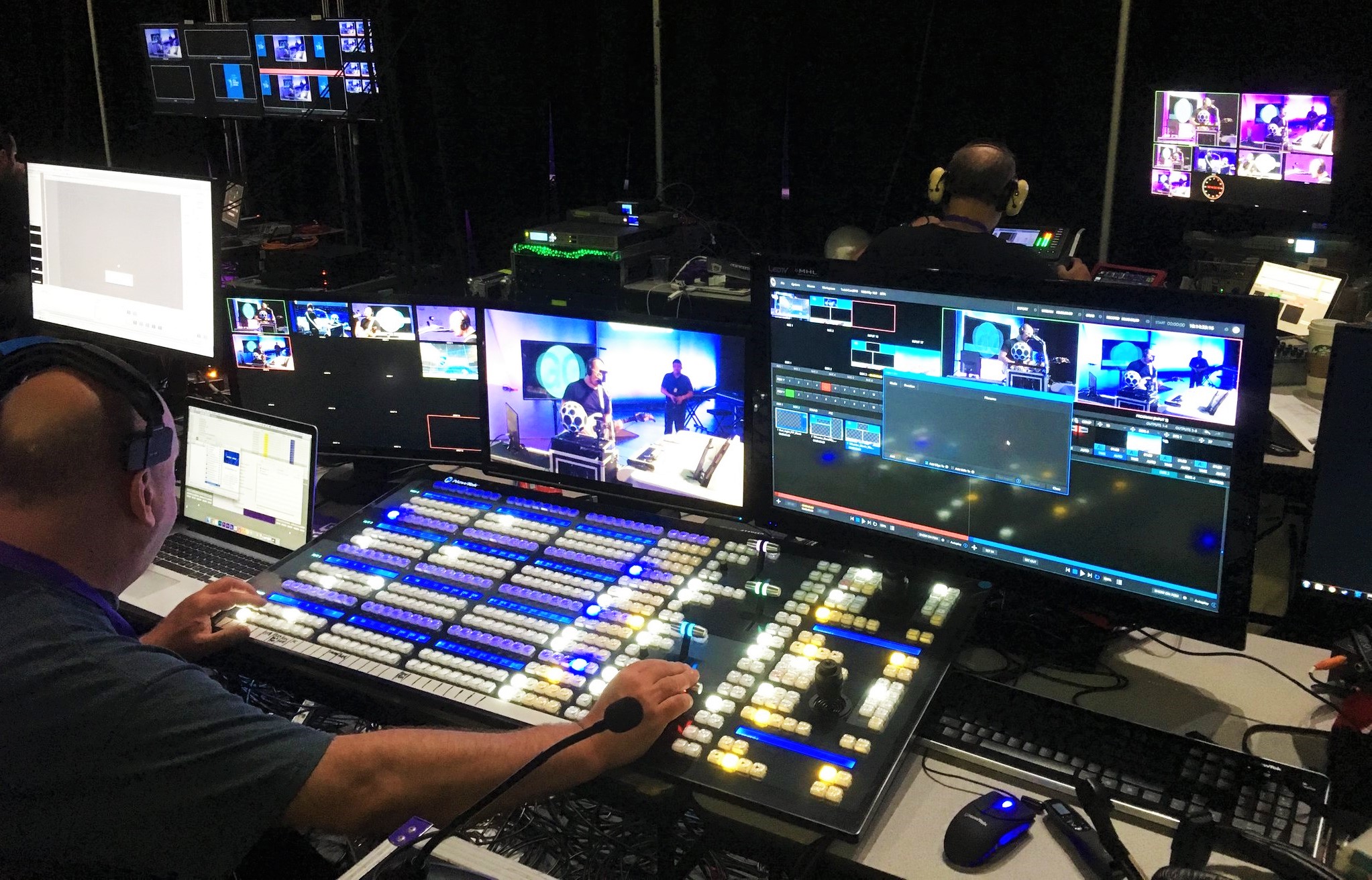