Preparing Students For A Career in Real-World Live Video Production

For the past four years, this popular video production course at Emily Griffith has offered a student-centered program designed to provide a solid core curriculum of real-world video production knowledge. The program provides a hands-on approach to learning as a way to prepare polished graduates who are ready to prosper in the field.

“I’m teaching students how to build video news stories, business profiles, and documentaries. All projects are non-fiction, with no actors or fiction scripts,” said Shawn Montano, Video Production Coordinator and Instructor, Emily Griffith Technical College. “My goal is to give them a well-rounded education with enough skills where they can work at a news station, enter the business sector doing in-house production, or start their own business.” 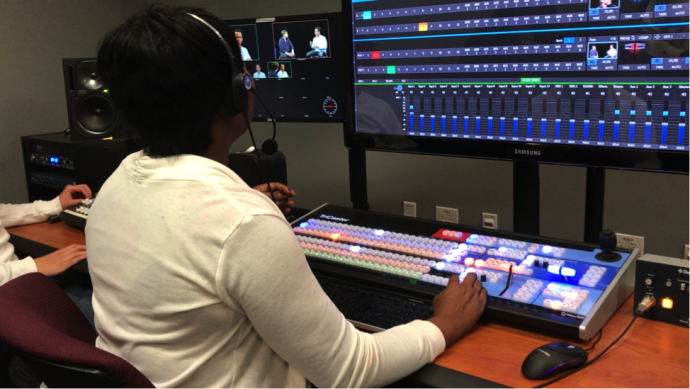 Keeping it Real, with TriCaster

Montano stresses that’s it’s critical for students to be presented with relevant, deadline-driven opportunities. Throughout the course, students are required to do a lot of pre-production work, and they get a feel for live programming in a studio production class that features a NewTek TriCaster. While the productions are not actually broadcast “live”, they are produced live to tape, or more appropriately in today’s digital technology parlance, live to drive. Once the production begins they don’t stop until they’re done. If mistakes are made, they just have to keep going — just like in a real-world live production. And Montano gets them producing shows the first day of class.

“Each class they practice producing a show rotating through the various duties,” Montano said. “One of the first projects students have to complete is an interview show.”

The grading rubric for the project focuses on setup and camera/personnel coordination, use of terminology, a breakdown/rundown sheet and graphic elements, use of video and overall content, and running a clean show with clean hit times.

Montano’s favorite day of the studio production class is the Shawn Show lesson.

“I have this crazy production called The Shawn Show,” Montano said. “It’s the first deadline shoot for the class. I walk in the door at noon and I tell them that at 2:45, we’re doing a live, one-hour show. They each have to build a segment of about seven minutes, and then as the production begins, every time we have a content break, everybody rotates position. It’s a great experience.”

Montano explained that a student will start on the TriCaster, before jumping to the director position, the camera operator, the audio engineer, and so on. “The Shawn Show is produced as if it were live, so students must have all the pre-production elements ready to go in order to execute,” he said. “As with any real-world, live video production, there are a million moving parts and so many things can go wrong.”

“It’s usually a big failure, but they learn so much,” Montano said. “The failure is more important than the actual production.”

The Project in the Studio Production Class

Within the 15-week studio production class, each student is required to create three complete studio projects.

The first studio production students are required to produce is an interview show. They interview someone with a couple cameras so they get used to switching back and forth between cameras, and they have to have a voice-over element.

The “How To Video”

The second student production is to create a “how to” video. With this more complex production, Montano requires students to build at least a couple Mix/Effects or “M/E’s”, a feature of professional switchers that allows for video transition areas with cross-point fades, cuts or wipes, special outputs and many other transition options for making the video more interesting. -

And then with the final project, students are given a set of strict, required parameters. The final project must include three M/E’s, a VO element, a couple of content breaks, and they have to hit an exact total run time.

All the video clips, recordings, music and graphic components are imported into a NewTek TriCaster 8000, an all-purpose, 8-camera video production system for mix and final production.

“The TriCaster is a fast, easy and affordable tool for creating live and on-demand, multi-platform productions,” Montano said. “The department has two post-production workstations with a few TriCaster units that are shared by up to 16 students in a class. I want students to have solid experiences in producing complete productions. We utilize the TriCaster because, with it, we can bring together all the pieces in a real-time, live-to-broadcast environment. Students can’t really do a studio production like this without the TriCaster.”

While most students in the class may have a little experience with shooting video, they have no idea what’s involved with a live studio production. That’s where the TriCaster comes in as the bridge to teaching high-quality productions. Montano bought the TriCaster units about four years ago and says he still feels he’s just scratching the surface of their capabilities.

“Next school year I’m offering a 200-level studio production class, so we’re going to dive deeper into the TriCaster with NDI and do a lot of things we don’t even touch on right now,” Montano said. “I’m excited for next year because we’ll do even more ambitious deadline-driven work.”

A few years ago the student decided to record the chaos of the Shawn Show. 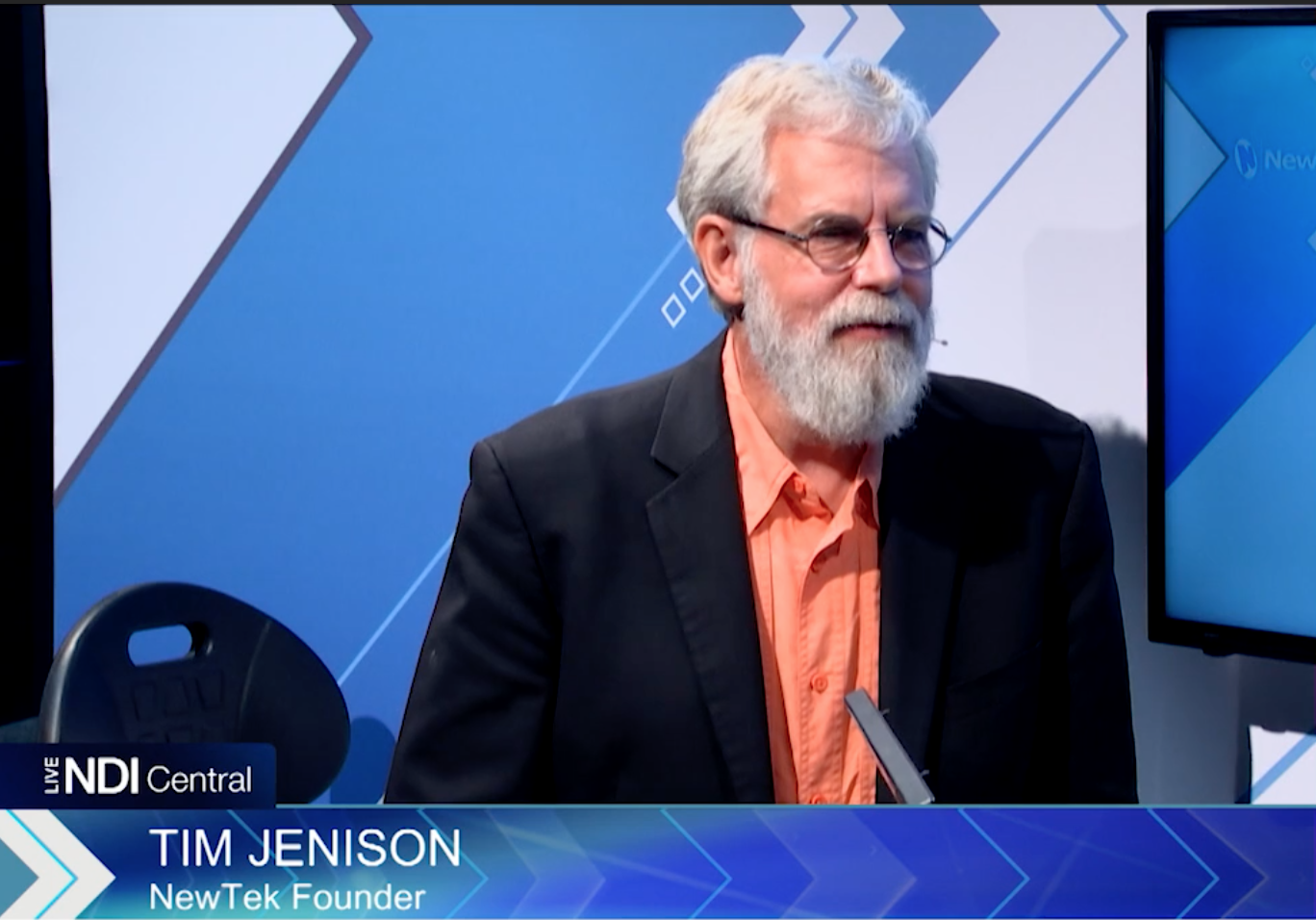 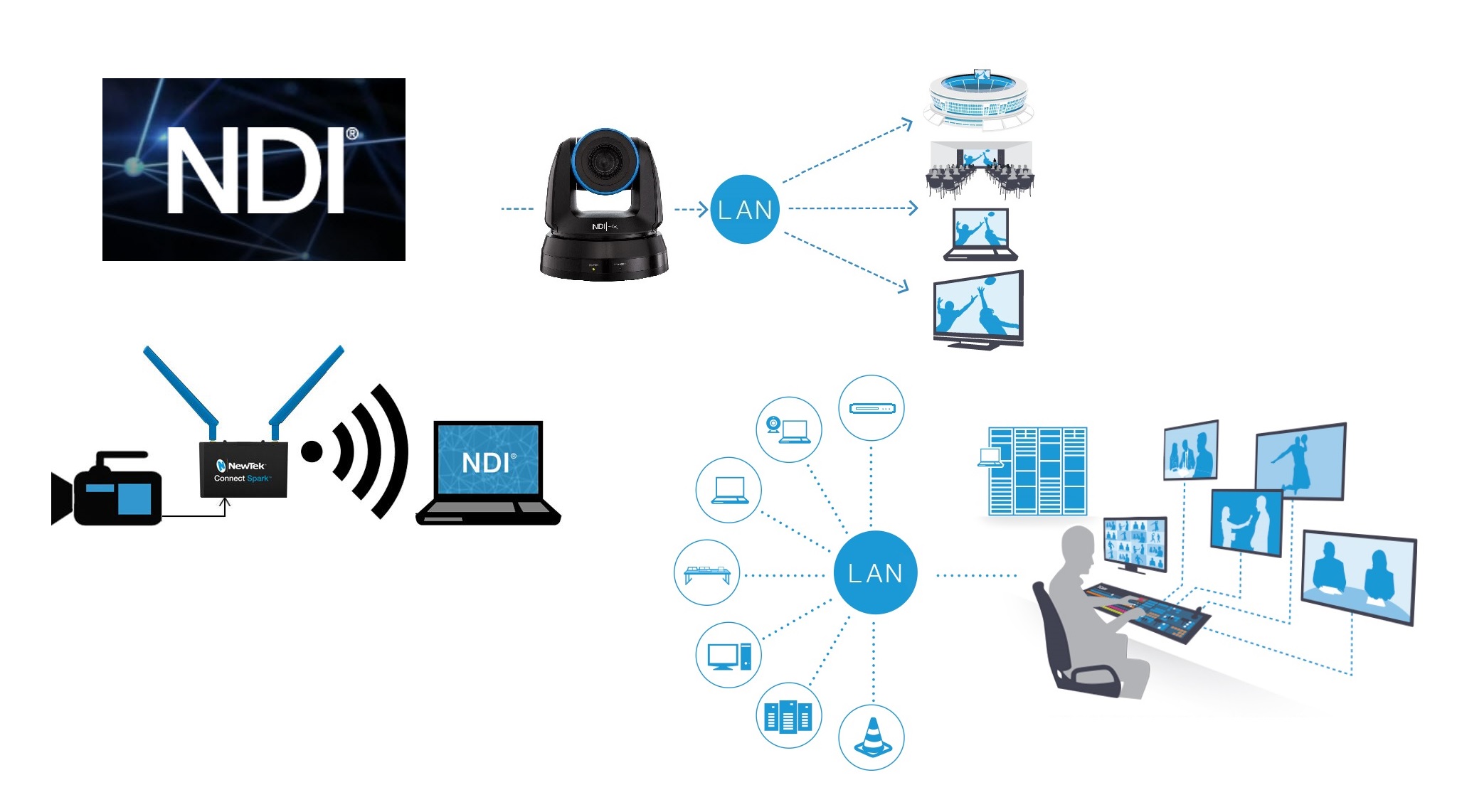