Like many universities across the country, the athletics department at North Carolina Central University (NCCU) has experienced some growing pains over the last few years as its video production requirements have evolved.

Earlier this summer, NCCU partnered with Jack Guthrey of Marshall Graphics Systems to examine whether a cutting-edge NDI® video network solution from NewTek could help them solve the space and budget limitations they faced within their football stadium.

Guthrey worked with Kyle Serba, NCCU Senior Associate Athletics Director for Strategic Communications, and Jonathan Duren, NCCU Broadcast Media Coordinator, to put NDI through a live latency test on July 7 to see if it could, in fact, meet their unique needs and performance requirements.

The NDI solution worked so well that the University has decided to use it live when the Eagles kick off their 2017 football season on September 9 at O’Kelly-Riddick Stadium.

“After hearing about NDI for years, seeing the promise of it fulfilled on a small university campus is great,” Guthrey said. “It shows that you don’t have to have a big budget to get the tools needed to elevate your production capabilities.”

Up until the NDI solution was implemented, a NewTek TriCaster Studio was used to produce football game content for its video board, which had worked well — except for the fact it took up precious space in its small press box.

Since 2010, football video was produced from a small area that was once the visiting radio booth. Meanwhile, in 2015 the university’s basketball and volleyball arena was upgraded with its own video board and control room outfitted with a NewTek TriCaster 8000 and 3Play 440 instant replay system.

The upgrades to the McDougald-McLendon Arena made it apparent that it was time to find a solution for the football stadium, but a renovation to add space for its own control room was out of the question.

Instead, Serba says they thought NewTek’s innovative NDI technology could possibly solve their challenges by allowing them to remotely manage football video from their existing control room in the basketball arena.

“When Jack (Guthrey) mentioned it as a possibility, I thought we should give it a shot and see if we can make it work since it will really solve our space and budget issues,” Serba said. “It worked perfectly right out of the gate and we plan to continue using it throughout the football season.”

With NDI, they are able to run four camera inputs from the football stadium through a TriCaster 460 with Advanced Edition and send them approximately 600 feet away to be managed from the control room at the McDougald-McLendon Arena.

From the control room, video is sent immediately out to the football video board and streamed for fans to watch online.

Prior to its implementation, Guthrey and the NCCU team were unsure whether NDI would be able to transmit video quickly enough over such a distance.

“The fear was that there would be a large delay so things that were happening on the field weren’t immediately on the video board,” Serba said.

To test it out, they created a loop from a camera in the football stadium pointed at the video board and connected to the TriCaster 460, which was transmitted to the control room and back out to the football video board.

They found little to no delay and Guthrey says everyone was impressed by how instant it was.

“Not only did all the NDI connections just work, they all felt local to the TriCaster,” he said.

Serba says this not only gave them back the use of their football press box but also opens up many other opportunities to provide video production across the campus. For example, a theater production in an auditorium could have a similar setup with a TriCaster 460 that is remotely managed from the arena control room.

“It’s exciting for us to be on the leading edge and try to utilize technology in a new way,” Serba said. “Especially since it’s really solving issues for us with space limitations in some of our facilities and financially, and this is going to save us money in the long run by leveraging our existing investment.” 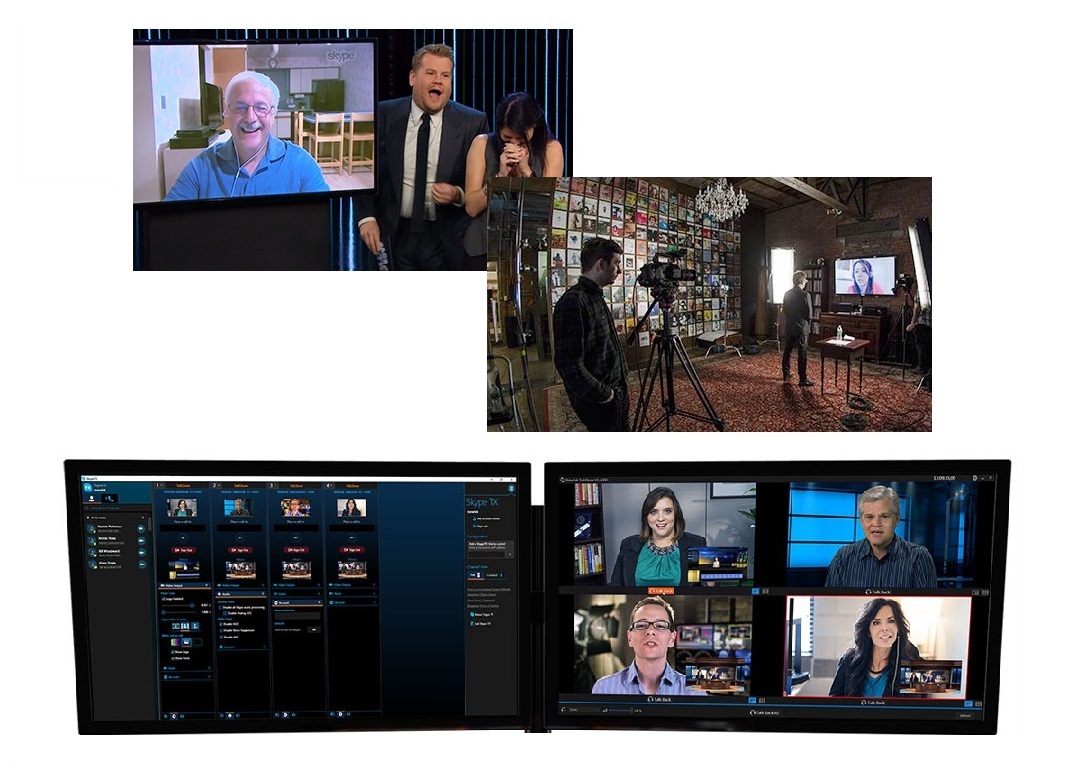 Skype TX honored with an Emmy® Award for Technology & Engineering