“Bottling the brilliance of stories has always been a challenge,” says Daniel O’Connell, Managing Director of Brand Definition, an award-winning brand communications agency specializing in the technology market. “It’s as though we need a reverse fire hose to scoop up the wonderment and the wisdom to share with others.”

What’s wonderful is that, like atoms, stories are everywhere around us. They’re attached to places, products, moments, businesses, people and groups and they’re different, with varying significance and impact depending on the perspective and the audience.

According to O’Connell, capturing, crafting and communicating brand stories has always been a numbers game. The volume of opportunities presented by clients is so high that a prioritization strategy is always required. The atom analogy is not lost on him.

“Stories are everywhere, and we joke that they rise to the static where there’s an outer atmosphere of our planet comprised entirely of stories in different languages from all populations and generations collected over the millennia,” O’Connell said. “What we’re trying to do, albeit on a micro-level, is find economic but still creative, high-value ways to capture the volume of our clients’ stories and share them with their respective audiences using professional-looking video. NewTek has been massive for us in this regard.”

“We’ve invested in building studios in New York and Portland,” he said. “With every success, we invest more in hardware and software. We’re outgunning much larger, less-nimble agencies and we’re differentiating our product with quality and creativity. Because of NewTek we’re doing things that were economically unimaginable just a few short years ago.”

According to Chris Hertzog, Director of Digital at Brand Definition, the firm is on a continual quest to find new channels, new mediums and new creative ideas that have reach, relevance and resonance.

“We’re looking outward at all times at the audiences — not markets — that clients are seeking to engage,” said Hertzog. “Sometimes that involves working with established media and sometimes it requires a direct dialog between the brand and those audiences. Stories, especially those told by influencers in that domain, of success, failure, exploration, exasperation, ambition have unique authenticity, importance and value.”

The Portland studio has become a publishing platform for two business-focused shows: Output PDX and BeerBuzz.

Output PDX dives into the entrepreneurial spirit of the Portland business community, exploring creativity, entrepreneurship and technology, and publishing directly to social media, including Facebook, LinkedIn and Instagram. This chat show, featuring a host and studio guest supported with some B-roll, garners viewership of 3,000 to 5,000 per show on Facebook alone.

BeerBuzz is similar in that it focuses on the entrepreneurial spirit of the creators and crafters of local beers. The show utilizes a two-host setup, with a studio guest, green screen, and a portable bar for serving drinks. Viewership of BeerBuzz is 6,000 to 8,000 per episode on Facebook.

“The shows have made Brand Definition a fixture in the Portland community,” O’Connell said. “That’s important because community is how you share, learn, collaborate, contribute but also because you want to belong. We’ve always belonged in NYC. The subway grease is proudly in our DNA. But I think we now also belong in Portland and that’s essential to the organization, the culture and economics of this agency.”

The idea of brand storytelling and influencer marketing is not new. It predates much of the accepted wisdom found in marketing books, industry magazines, university courses and online forums. This is in large part because stories told by people we respect are engaging, relatable, sharable, instructive and enjoyable.

Brand Definition has won acclaim for its capacity to come up with creative, innovative ways to share client ideas and stories with their respective audiences and, in doing so, elevate the client brands and grow their business. Over the years, the agency has been among the first to explore digital tools to forge deeper connections between brands and their audiences.

“It’s an opportunity but also a responsibility,” O’Connell adds. “You’ve been gifted with something special to that person, that audience and you have a duty to craft it and share it faithfully.”

With this approach front of mind, the eight-year-old, owner-managed agency has pioneered brand video on various scales from large productions to hand-held, live documentaries. Winner of the 2014 Ace award for national B2B agency of the year, the firm’s video initiatives have typically been part of multichannel marketing programs that include public relations, social media and content marketing with tailored video cross-pollinated among those channels.

“When we get an opportunity to share a story we’ll grab it with semi-open hands as one of those hands will always have a camera in it,” Hertzog says. “We’ll go in with an audience-inspired creative idea and we’ll come up with a strategy to share with that same audience.”

Phil Weiss, Director of Operations at Brand Definition, says the ability to execute quickly on professional grade video – on both coasts, no less – is a critical differentiator in an industry that relies on strategic reactions and immediate executions.

“In our industry, a great idea is only as valuable as how quick you can execute on it,” Weiss said. “Having the robust video capabilities that NewTek provides means that we are capable of delivering professional-grade video assets in real-time. Our clients now consistently look to us for ways they can enhance programs with video to reach broader audiences and drive awareness.”

Brand Definition and its clients are looking to create content similar to the two in-house shows. NetworkedAV TV from their client Audinate, began broadcasting from the Brand Definition studio earlier this year, and additional video offerings for product highlights and thought leadership presentations are now standard offerings from the agency.

“We’re seeing an increase in client requests for video content,” says Hertzog. “We need to create content that is engaging, drives traffic, and presents the brands we represent in a human way.”

The Brand Definition team credits NewTek as both the technological backbone and critical business partner that has helped the agency achieve success in that content creation space.

The studio setup, Hertzog says, “is super simple while still letting us punch out a ton of work.” The studio in Portland utilizes a three-camera setup connected via HDMI to a NewTek TriCaster®. A NewTek TalkShow® is also used in the workflow to patch in guests from outside the area. The Brand Definition New York studio is similar, using a two-camera setup that also connects to a TriCaster. Both studios utilize green screens, and use software from NewBlueFX for 3D effects.

Even when the episodes aren’t going live to air, the ability to switch-direct during a shoot means a massive reduction in time needed for post-production work.

O’Connell praises NewTek for more than just its technological savvy. A big believer that the company is enabling a “new content economy” by democratizing video production through affordable, powerful solutions, he says the efforts by the NewTek team and community empower his agency to think about the next big steps in storytelling.

“They’re not happy just standing still,” O’Connell said. “They’re continually listening to their community of users and coming up with solutions that allow those users to create better video content and grow their business.” 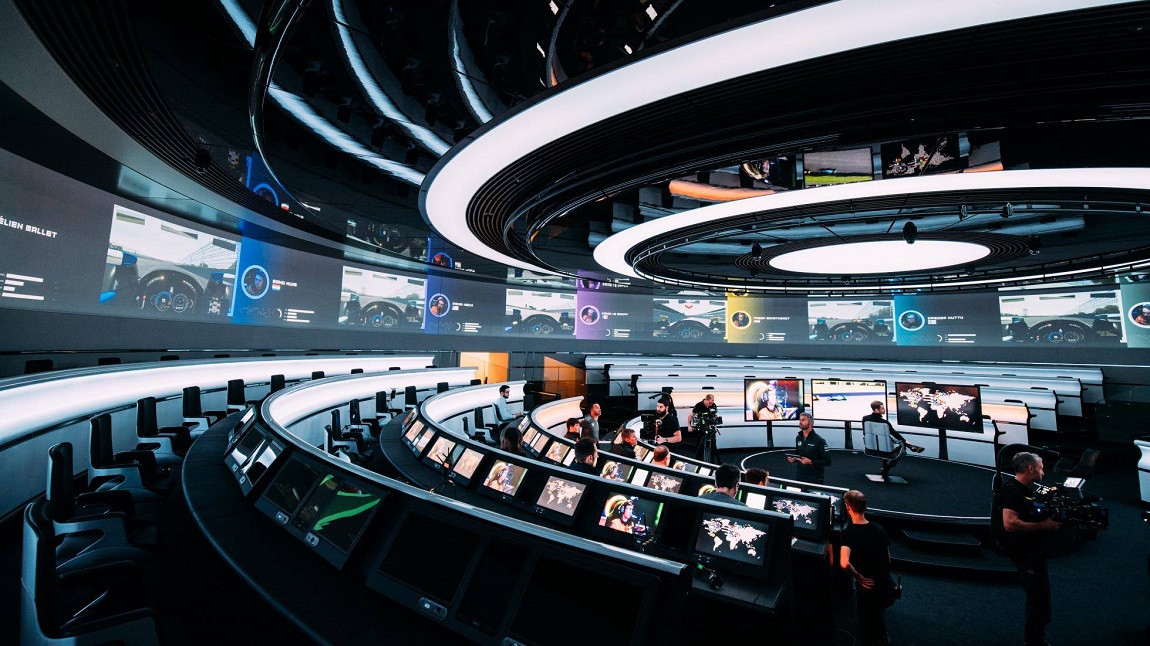