TriCaster® in Beijing: Inside A Gamer's Passion

For readers outside of China, let me start by providing some background on myself and esports in China.

I am the former Director at ESL Asia and GTV Gaming Sports Channel in China. ESL Asia is located in Beijing’s Haidian district. ESL Gaming is in charge of operations throughout Asia. They are specialists in local and international gaming competitions and events management providing services such as event planning, competition management, event broadcasting, and sales. GTV Gaming Sports Channel is a Beijing-based company founded in 2003 dedicated to the gaming industry and is also one of the best digital television channels in the country.

Currently, I am the Director of Esports Technology at CGA Asia Pacific. CGA is located in Shanghai Pudong and is in charge of building the national esports competition system, esports competition operations, event broadcasting and production, and more.

My First Encounter With NewTek

I started in the esports industry by coincidence in July 2008 when I was hired by ESL-PGL (now ESL-Asia). It was a great working environment and I learned a lot over the years, becoming a technology expert in the studio. They were already fully equipped with a complete production system. By actively taking part in programs broadcasting, I was promoted to the position of program director.

The big moment in the world of esports in China came in 2012 with the publication of “When Li Xiaofeng Became Sky” became an overnight best-seller. Li Xiaofeng was the first esports gamer in the world to publish a book. That same year at the DOTA 2 esports tournament, IG (Invictus Gaming) won the $1,000,000 prize. At the WCG 2012 World of Warcraft event, China placed first in all three competitions. Ted remains the one and only champion in WCG history to have stayed alive until the end. IPL5, Team WE won the first LOL (League of Legends) world title for China.

2012 was also the year I experienced the power of a NewTek system for the first time. It was a TriCaster 860.

TriCaster is the expression of NewTek’s vision of live broadcasting. In contrast to the traditional broadcast concept, it made a great impact on me. At that time, esports events were broadcast with traditional hardware switchers with peripheral equipment. I was amazed by TriCasters fully integrated production system, its easy to use interface, and the colorful control panel.

“Why are there so many buttons on this control panel?” I wondered.

Looking to evolve more in the esports industry, I left GTV Gaming Sports Channel in April, 2015 and joined the CGA team adopting the title of “PGL Golden Age First Generation Technical Director.” Under this flag, I installed a NewTek TriCaster 460.

Can I get the result I want?  As time went on, I discovered that with this piece of equipment, we could not only achieve our goals but we could do even more.  Before, in order to insert game text on an image you traditionally had two choices. The first was to simultaneously light preview and KEY at the same time, and cut to the main screen. The second option was to use the output of the second M/E (mix/effects) channel.

TriCaster 460 has 4 M/E’s. In a game like a Moba, you can simultaneously arrange the mix of BP multiple box effect, in-game mixing images, playback, replay and highlight from multiple angles, and key-in the virtual sets that most of online games use during broadcast, and more.

If operations can be that easy, then it’s working for me.

It Can Deliver Even More?  Really?

Opening the door to a brand new world, TriCaster multi-camera production systems began to generate strong interest. Since then, we’ve met with NewTek engineers and have been committed to a new innovative esports product distributor called Sen Wei technology. We keep a close relation, not only became friends but ‘gaming partners’, getting together during free time to discuss tips about NewTek products, how to combine it with traditional broadcasting, and design some special utilization.

Of course, compared to the excellence you can find in our industry, our equipment is not the latest, but we first integrated our existing equipment, and used it to its limit. I believe we can do even more.

A Year Working Together

In 2016, NewTek’s flagship video switcher at the time, TriCaster 8000, made its entrance into the CGA’s central control room. The new powerful NDI protocol for video over IP brings a lot of advantages, in particular the instant Grab function (COMP), adding outstanding details to our broadcast and bringing our viewers experience to a whole new level. COMP allows you to create a variety of compositions with ease and recall these with a click of a button. This is especially useful when working with LiveSets or compositions that require picture in picture or multiple video elements on screen at once.

Fortunately, we always get a positive answer to each of our requests. We were just rewarded with the magnificent TriCaster 8000 NDI version. We are very enthused.

After a period of test and hands-on operations, we offered an amazing broadcast feast to esports fans at the NEST 2016 national finals.

At the same time, I got my hands on the new NewTek TriCaster TC1.

Even today, I still have not forgotten IEM4 Intel Extreme Master Cup held in Chengdu in 2009. Across the wall of the control room, I could hear hundreds of people cheering and applauding inside and outside of the venue. This is my proudest moment as a behind-the-scenes worker.

The DJI’s Robomaster Mastercup is a science and technology “esports” competition, not a very popular geek project.

The rules are not easy to understand, a fast-paced real Moba, a story hard to tell in broadcast. That is exactly the terms used the first time we met with DJI’s friends. But once in the Beijing arena, I witnessed the competitive spirit of the students, the team members off-field and the enthusiasm of the crowd.

In Shenzhen, through deep discussions with DJI Robosmaster project team and engineers, we combined the capabilities of both TriCaster 8000 AE and TC1 with the event’s schedule. We tried, rehearsed, improved and tried again.

In the end, we customized the live broadcast as ‘a game’ user interface: news, titles, branding, picture in picture, preview of the cars, player’s webcam, all displayed at the same time, still keeping a visual comfort and a flowing broadcast, while switching with the on-site 15,000 people cheering like a tsunami’s roar.

Still A Long Way To Go

After the League of Legends S7 Nest Finals ended, the CGA team received the return on their performance of 2017 with NEST 2017.

Even if each year NEST Finals broadcast would improve a lot, it was still not enough compared to big manufacturers competitions.

Developers using NewTek’s royalty-free NDI technology, keet adding new NDI-enabled peripheral products, making NewTek the first interconnected production environment. Any device can be connected to any other device over a standard gigabit Ethernet network, each signal can be recognized, offering limitless capabilities to real-time production. Audio and video signals can be transmitted through a network cable, overcoming one of the most difficult parts of production – having easy access to inputs and outputs. This is a completely innovative workflow over IP.

NDI eliminates routing limits, renews the way we make programs, it uses all the sources available on a network, and not just the sources added to the SDI video router, it also saves cabling costs and deployment time.

The most amazing thing is that more and more non-NewTek third-party products are already NDI-compatible.

That’s why we can say that we can still go further. 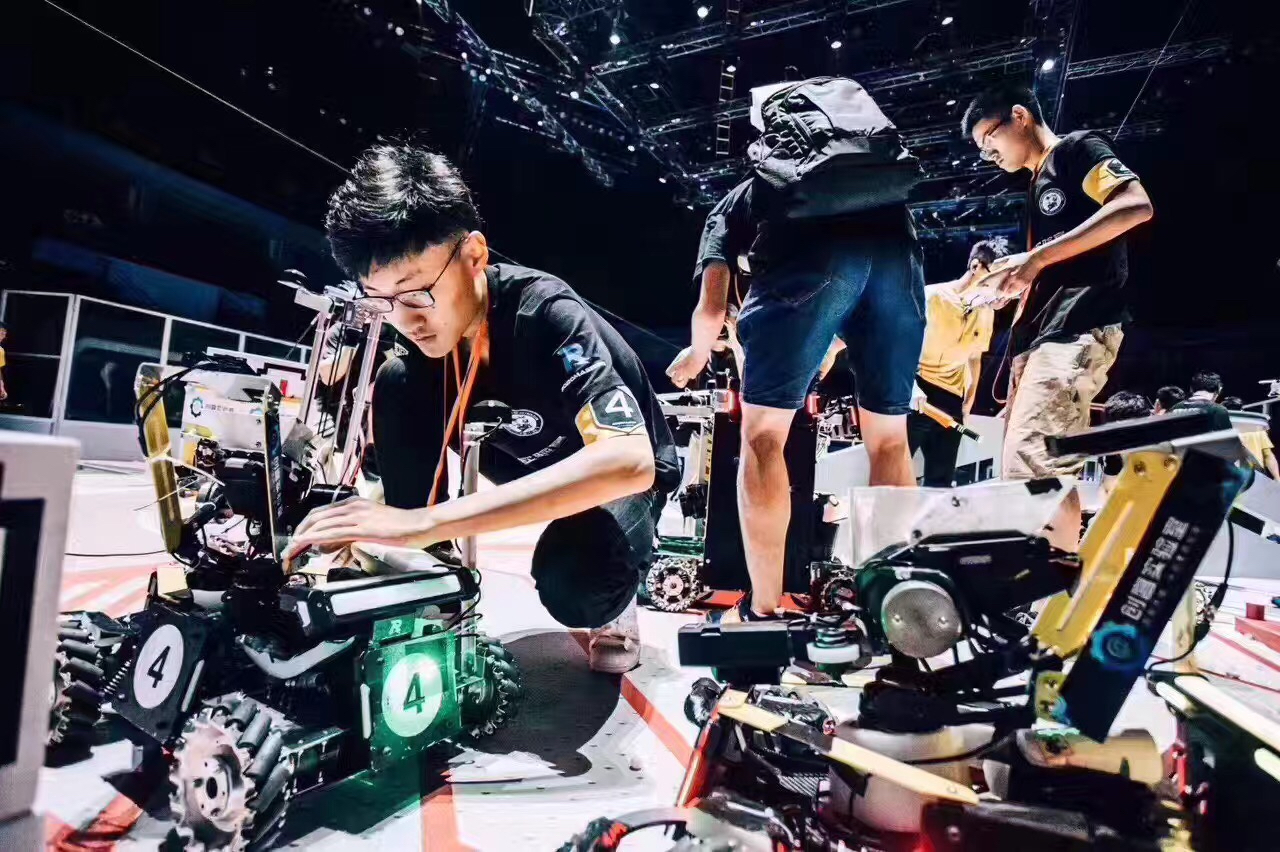 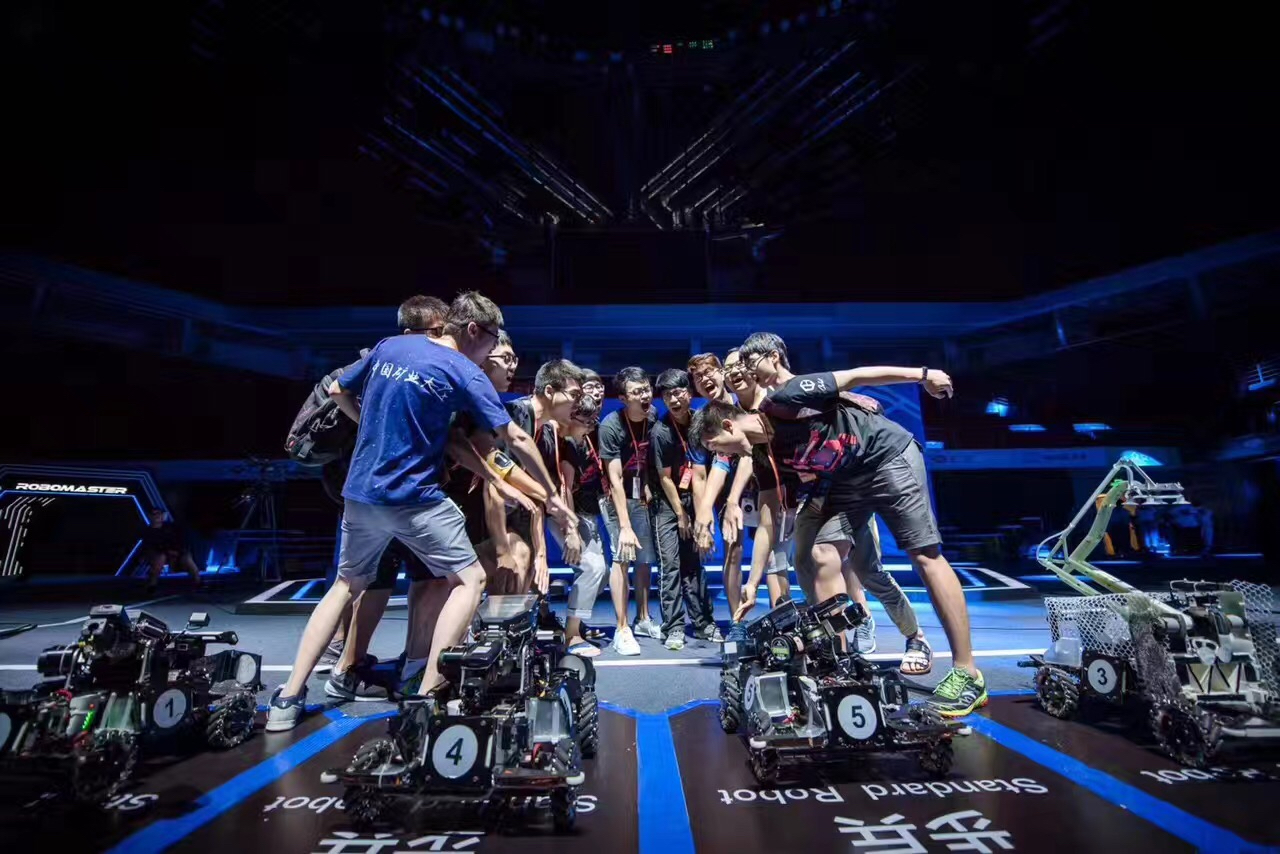 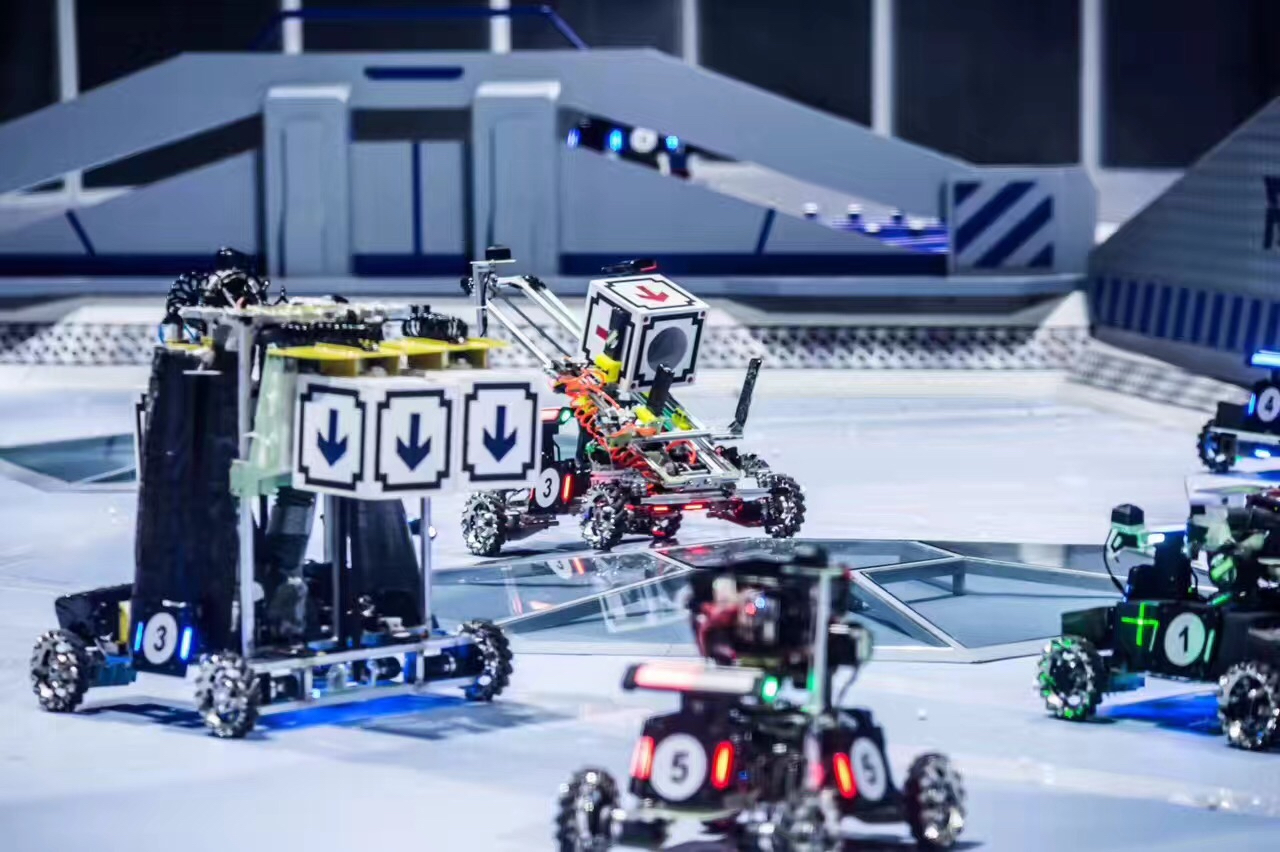 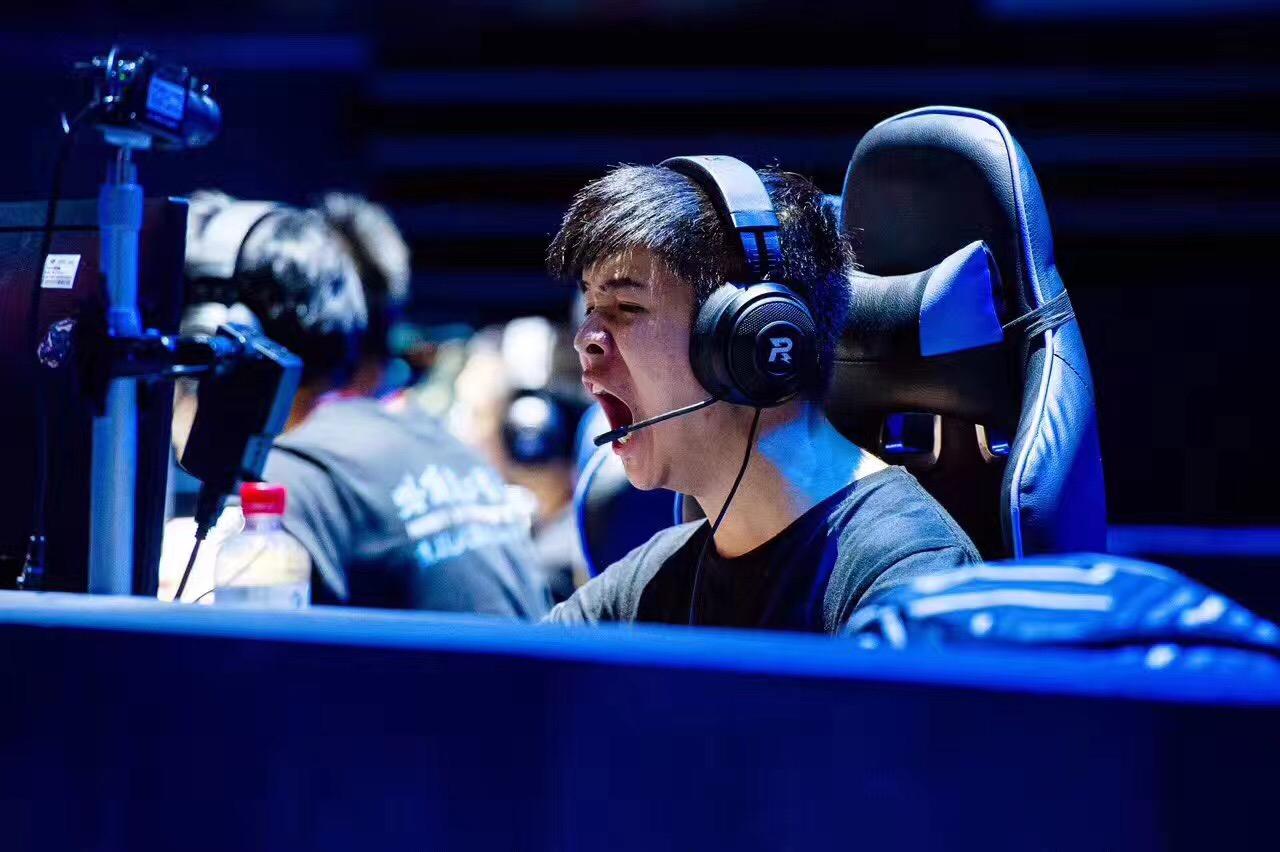